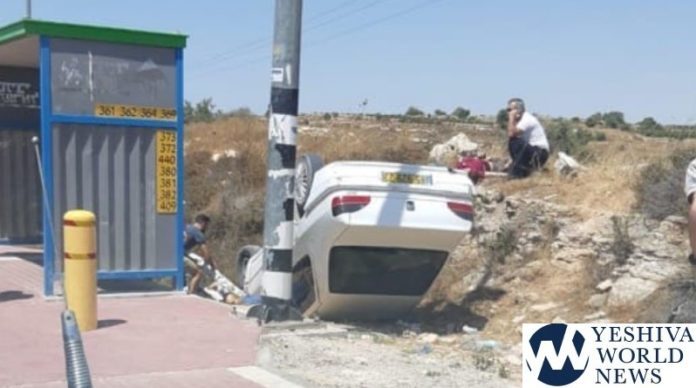 Nachum Navis, who was wounded in the August 8, 2019 vehicular ramming terrorist attack near Yishuv Elazar in Gush Etzion has B’chasdei Hashem regained consciousness.

According to Hadassah Hospital spokesperson Hadar Elboim, Nachum is now communicating with members of his family, does carry out certain functions, and he is recovering slowly. He has been transferred from a neurosurgical intensive care unit to a regular unit.

Nachum, 17, was in critical condition upon arrival at Hadassah Ein Kerem Hospital trauma unit with serious head injuries. He was immediately taken for neurosurgery, performed by Dr. Samuel Moscovici, a member of the senior neurosurgical staff at Hadassah. It is reported that surgical procedure saved his life.

Nachum and his sister Na’am Aliza were injured in the vehicular ramming attack that occurred on an erev Shabbos in Gush Etzion, near Yishuv Elazar.

Nachum’s family remains at his bedside and he remains weak and in need of rest as his care continues.