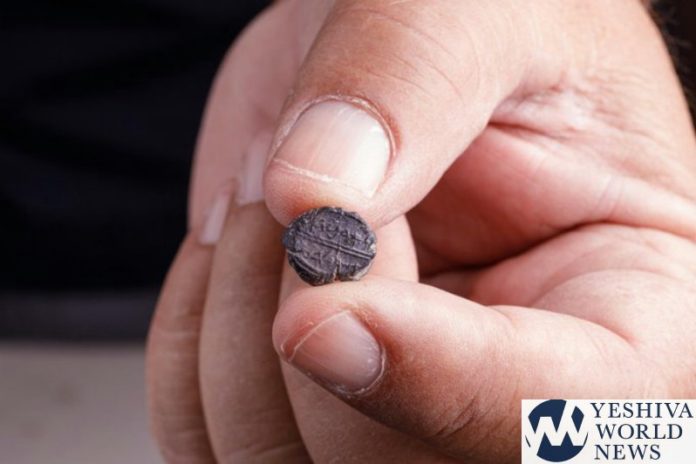 A 2,600-year-old seal bearing the Hebrew name Adoniyahu was recently discovered in soil which was excavated from the foundations of the Kosel in 2013.

The seal, which can be dated back to the era of the kingdom of Yehuda according to the type of writing which appears on it, bears the name and position of the person with the most senior role in the king’s court in the kingdom of Yehuda – “L’Adoniyahu asher al ha’bayit” which means “Adoniyahu – by appointment of the house.” “Asher al ha’bayit” was the term used to describe the most senior minister in the royal hierarchy of the kingdoms of Yehudah and Yisrael.

Seals of this type were used in ancient times to sign documents and to ensure that letters remained unopened on their way to their destination.

“This is the first time that a seal of this type was discovered in Jerusalem during an archeological dig,” senior archaeologist Eli Shukron said. “The seal was signed by one of the senior ministers in the kingdom of Yehudah and it’s undoubtedly an extremely significant find. The words ‘L’Adoniyahu asher al ha’bayit,’ written in ancient Hebrew, appear on the seal, which was used for signing documents.” 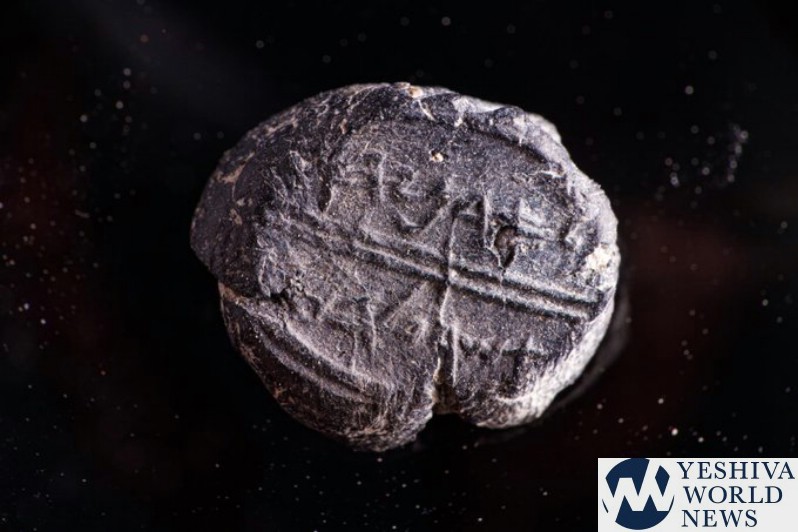 The term “asher al ha’bayit” appeared for the first time on the list of Shlomo Hamelech’s ministers. This position is mentioned in Tanach in reference to several figures with considerable influence in the kingdom and it describes a senior minister who was very close to the king.

For example, “Avadyahu asher al ha’bayit” in mentioned in Melachim I, as the one who served in that role in the kingdom of Yisrael under the reign of King Achav during the time of Eliyahu Hanavi. While serving in the position, Avadyahu acted against Izavel in managing the kingdom and even saved a hundred nevi’im by hiding them in a cave.

Likewise, “Elyakim ben Chilkiyahu asher al ha’bayit” served in this position during the era of Chizkiyahu Hamelech in the kingdom of Yehuda. As described in Yeshayahu, Elyakim conducted negotiations with Ravshake, one of the ministers of Sancheiriv, the king of Ashur, who threatened to conquer Jerusalem.

The seal was within the soil that was excavated from the foundations of the Kotel in 2013 but was only discovered three weeks ago as part of a soil filtration project at Emek Tzurim National Park.

“I poured a bucket of soil into the sieve, began rinsing it under a stream of water, and I suddenly spotted a small piece of black-colored tin,” said Batya Ofen, a Sherut Leumi volunteer at Emek Tzurim, who discovered the find. “I understood immediately that it was a seal and I was very excited. Holding such a significant find from 2,600 years ago, from the time of the kingdom of Yehuda, was an amazing thing for me.”