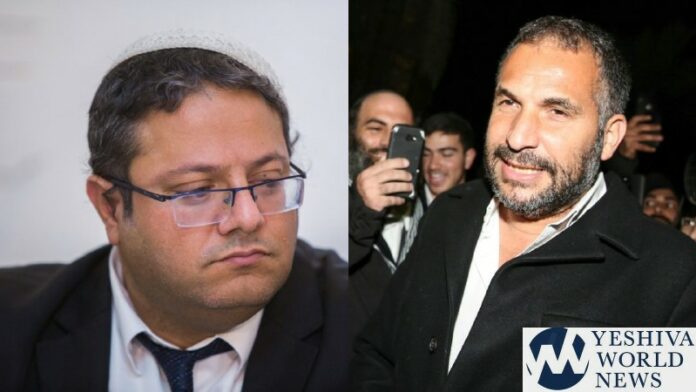 Anti-Chareidi mayor of Teveria, Ron Kobi, who is on the verge of losing his position as mayor due to his repeated failures to pass the city’s budget, also failed his sorry attempt to enter the Knesset.

After all of Tiveria’s votes were tallied by Wednesday morning, Kobi received only 2.26% of the votes in his own city of Tiveria for his Secular Right party which translates into 469 votes, according to Kikar HaShabbat. The full name of his party is The Secular Right – Fighting Chareidi Coercion. According to comments left on his social media accounts – the very accounts that he used to propel himself into the mayor’s seat – even secular people have been repelled by his provocative actions and words.

His latest provocation a day before the elections was his threat to destroy the kever of Rachel, the wife of Rabbi Akiva, which is located in Tiveria. He already submitted an order of demolition to the Tiveria police, requesting police protection to carry it out. The Sephardi Chief Rabbi of Israel, R’ Yitzchak Yosef, sent a letter to the Minister of Internal Security Gilad Erdan (Likud) and Minister of Religious Services Yitzchak Vaknin (Shas) to ensure that Kobi’s plans will not be carried out.

Unlike Kobi’s loss, the loss of Itamar Ben-Gvir’s party Otzma Yehudit, which as predicted did not pass the threshold to enter the Knesset by a long shot, has devastating consequences due to the loss of thousands of right-wing votes. Many political commentators accused him of being guilty of ushering in a left-wing government due to his insistence in having his party run independently despite its nominal chances of passing the threshold.

Yamina had held negotiations with Otzma Yehudit for a merger but the negotiations were unsuccessful. The Likud had tried to convince the party to drop out in exchange for Netanyahu offering certain promises or even a ministerial post, all to no avail. Instead, Prime Minister Binyamin Netanyahu repeatedly implored right-wing voters in the weeks before the elections to refrain from voting for Otzma Yehudit since it would not pass the threshold.

Additionally, the majority of Chabad voters, who have been a supportive voting bloc for Otzma Yehudit in the past due to his far-right ideological views on sheleimus Eretz Yisrael, in accordance with the Lubavitcher Rebbe’s instructions, didn’t vote for the party this time. Chabad Rabbanim had instructed their followers to unequivocally refrain from voting for Otzma Yehudit since the polls showed it would not pass the threshold. Most Rabbanim instructed their followers to vote for Yahadus HaTorah instead in accordance with the Rebbe’s instructions to “vote for the most Chareidi party.”

In light of the current dismal hopes of the right-wing bloc being able to form a majority government, Toker lashed out at Ben-Gvir on Wednesday morning, a Kikar HaShabbat report said. “If only you had joined Yamina, they would have had at least three more mandates,” Toker wrote on his Twitter account. “In the name of [Arab Joint List MK] Ayman Tibi, thank you Attorney Ben-Gvir!”

Toker also posted a screenshot of a conversation he had with Ben-Gvir on Whatsapp last week, in which he asked Ben-Gvir to quit the race in light of the fact that it was obvious that he wouldn’t pass the threshold, which means that all his votes would be lost. “My friend, there’s a vast amount of people that voted for you in the past that aren’t voting for you this time,” Toker wrote to Ben-Gvir. “People won’t forgive you if there won’t be a [right-wing] government due to you.”

Yamina leader Bezalel Smotrich also attacked Ben-Gvir on Wednesday morning, writing on Twitter: “Ben-Gvir burned tens of thousands of votes for the right for the fifth time! Contrary to his false promises, he didn’t even get close to half of the percentage needed to cross the threshold.”