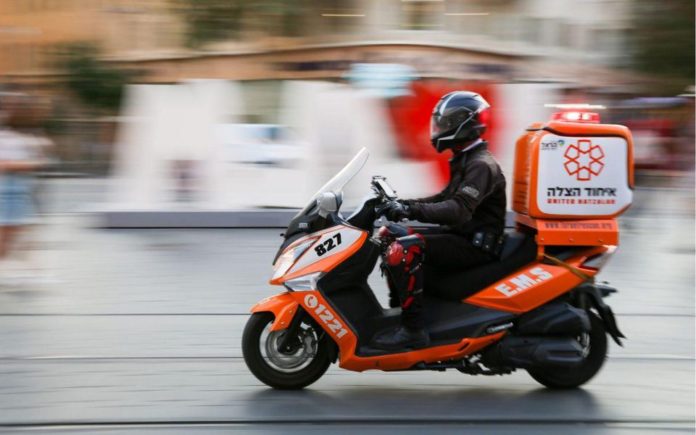 On Wednesday evening a motor vehicle accident occurred between a car and an electric bicycle on Jabotinsky Street in Bnei Brak. Volunteers from United Hatzalah and ambulance teams from Magen David Adom responded to the emergency and treated a young man approximately 20 years of age. The young man was treated at the scene for his injuries and then transported to Tel HaShomer hospital where he was listed as being in moderate condition.

United Hatzalah volunteer EMT Moishe Krauser relayed from the scene: “We treated the cyclist at the scene for his injuries which included injuries to his head and upper body. After receiving initial teatment at the scene the cyclist was taken to the hospital for further care and observation.”