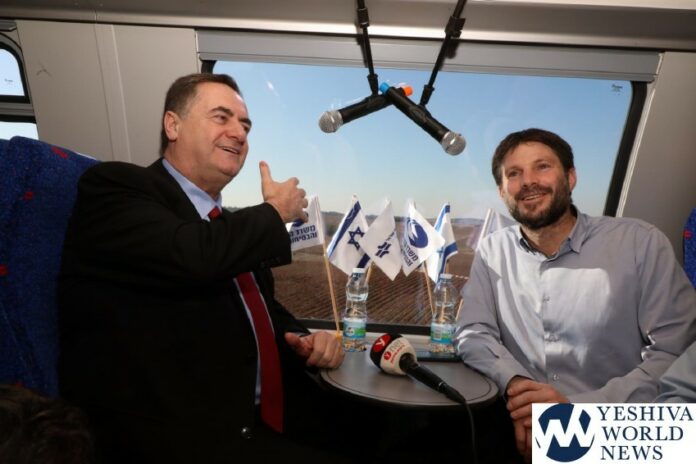 The long-anticipated high-speed Jerusalem-Tel Aviv train was inaugurated in Jerusalem on Wednesday morning, a mere 11 years after its original completion date.

The line was launched as a partial route over a year ago, reaching only to Ben-Gurion International Airport.

Preparations for the train line which will “connect the country” have been ongoing for 18 years. The electric train line, which will open to the public on Motzei Shabbos at 9:56 p.m, will take 34 minutes from the Yitzchak Navon station in Jerusalem to the HaHagana station in Tel Aviv, with a stop at Ben Gurion Airport.

The line, which spans 35 miles over nine bridges and through nine tunnels, cost NIS 7 billion, which includes the construction of a new train station in Jerusalem. The amount is double the original estimate of its cost. The line will run twice an hour from both directions on weekdays until 9:30 p.m. and is expected to increase to three times an hour by 2020.

The new train station in Jerusalem, 262 feet underground, can double in use as a nuclear bomb shelter. It is one of the five deepest train stations in the world.

Israel Railways is planning on launching a route without a stop at Ben Gurion Airport by 2020, which will shorten the trip to less than 30 minutes.

Transportation Minister Bezalel Smotrich invited former transportation minister and current Foreign Minister Yisrael Katz to the inauguration event, praising his vision and determination to complete the project. Smotrich added that although he was honored with inaugurating the train line, the credit belong to Katz and Israel Railways employees. Smotrich ended on a personal note by reflecting on what his grandmother in the concentration camp would have thought if she knew her grandchild would one day inaugurate a fast train between Jerusalem and Tel Aviv. “This is the secret of the Jewish people’s existence.”

Katz said that he chose to call the line the King David track because it connects the biblical City of David to the rest of the country.

“This is a festive moment,” said Israel Railways’ new CEO Michael Meeksner. “For the first time, we are driving a train with ministers and passengers and connecting Jerusalem to Tel Aviv on the highway. This is the first time since the War of Independence that a new line has opened between Jerusalem and Tel Aviv. It’s a huge project in terms of engineering, infrastructure and high tech.” 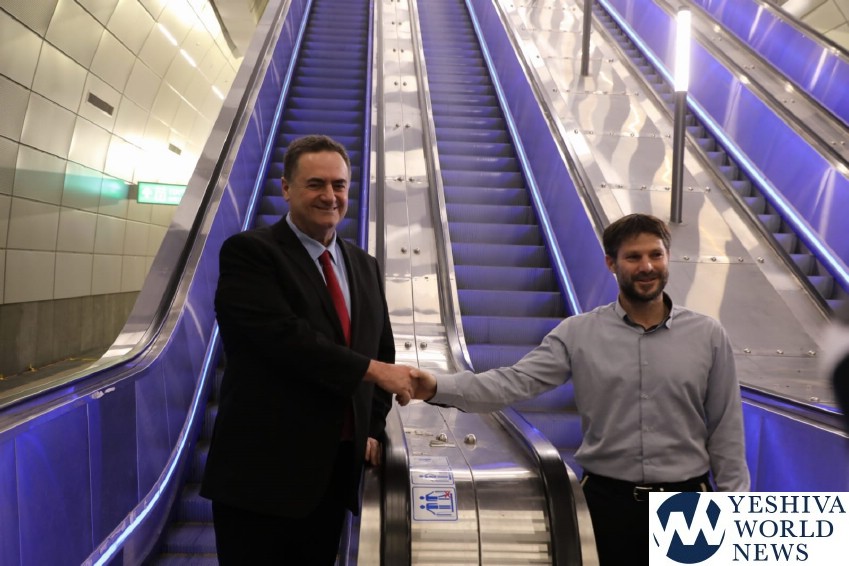