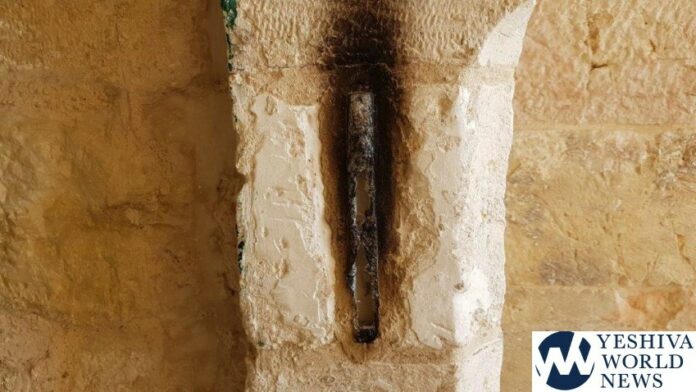 The persons responsible for the tziyun of Shmuel HaNavi report a vandalism attack against the mezuzah at the entrance of the site. The mezuzah was destroyed in the attack.

As soon as the vandalism was noticed, police were notified, and the district commander responded to get a firsthand look at the damage to the mezuzah in the attack, which was reduced to charred remains as it was set on fire R”L.

It is reported the remains of the mezuzah will be buried as is the minhag. In the interim, police have detained a number of suspects in the case.

The Rav of the Kosel & Holy Sites, HaGaon Rav Shmuel Rabinowitz said, “The law must bring those responsible to justice, those who sought to corrupt the site holy to the Jewish people. These days, in which we mark the triumph of the Jewish people via-a-vis Greeks, who sought to undermine the tenets of Yiddishkeit, we must not stand in the face of wrongdoing, harming, religious objects, violence and corruption of the rioters and inciters against the Jewish people and holy places.”

On ‘Zos Chanukah’, a new mezuzah has been set in place by Rav Rabinowitz in the presence of other officials.

It is added that thousands visited the tziyun during Chanukah, especially the last day, ‘Zos Chanukah’. 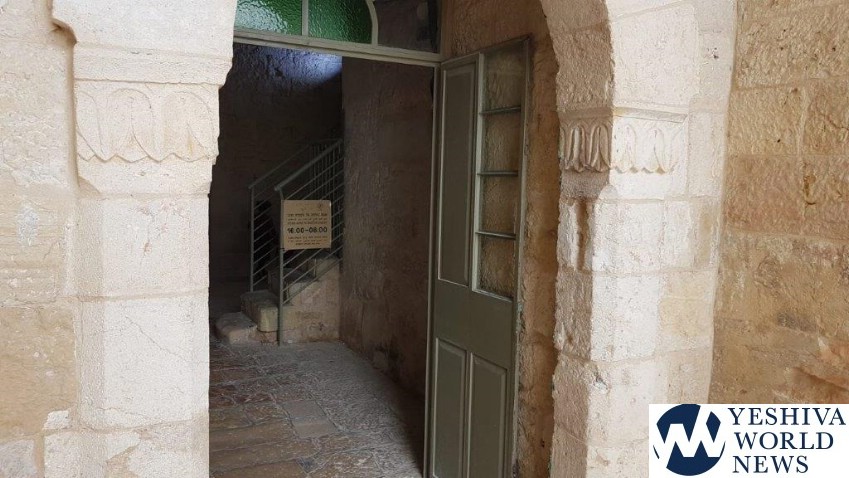 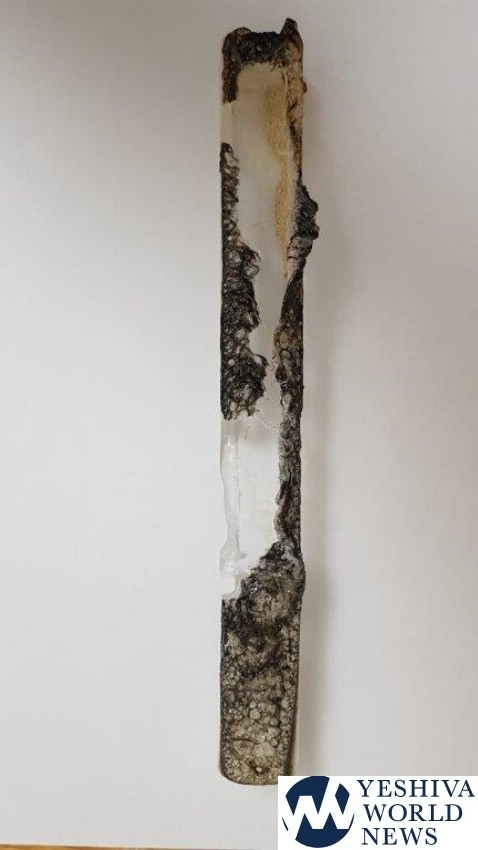