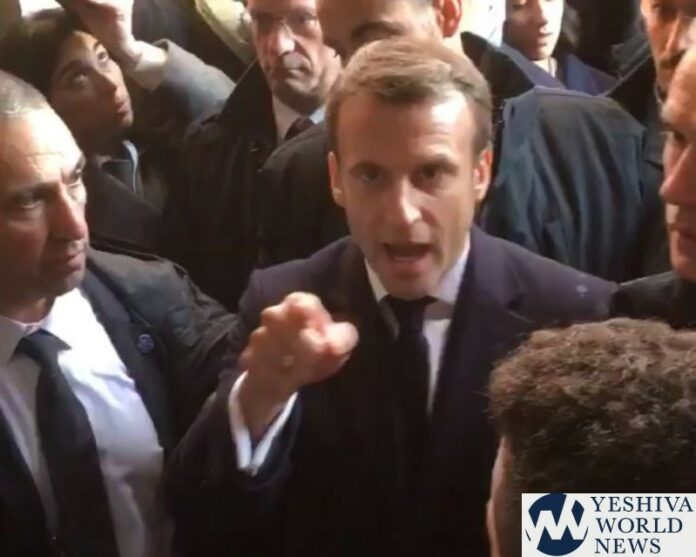 French President Emmanuel Macron angrily shouted at Israeli police while visiting the Church of Saint Anne on the Via Dolorosa in Jerusalem’s Old City, which is French territory. It is not clear why he became angry with the Israeli security officials.

Although there is no confirmation what caused his outburst, it is possible that the Church is reportedly French territory where Israeli police do not have jurisdiction.

In 1996, French President Jacques Chirac grabbed an Israeli plainclothes security officer in the Old City of Jerusalem and shouted: “I’m starting to be fed up with this. What do you want? Do you want me to go back to my plane and go back to France? This is a provocation. It must stop.”