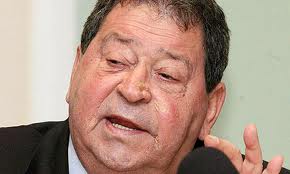 The Labor party has announced it has selected Binyamin Ben-Eliezer as the party’s candidate in the presidential race. Ben-Eliezer is the elder statesman in Knesset and a party veteran. The 79-year-old lawmaker and former defense minister retired from the IDF at the rank of brigadier-general.

At present, there are two official candidates in the race, Ben-Eliezer and former Knesset Speaker (Likud) Reuven Rivlin. While others have announced they plan to run, they have not yet obtained endorsements from ten MKs, a prerequisite to entering the race.