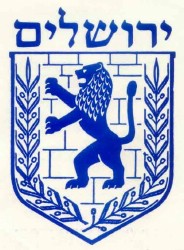 Employees of the Jerusalem Religious Council today, Wednesday, are expecting to receive their salaries for December 2008 and January 2009 after City Hall transferred NIS 3.6 million to the ailing religious council. The move may signal Mayor Nir Barkat’s first successful major encounter with the city’s religious population, bailing out the ailing council which is suffering from monetary problems that long precede the newly-elected mayor.

Employees have imposed work sanctions during recent weeks in protest over delays in receiving their salary.

Religious council officials and chareidi councilmen have been meeting (reported HERE on YWN) and working towards finding a solution, which apparently they succeeded in doing.

A fiscal recovery plan has been approved by the treasury and Ministry of Religious Affairs, a plan that would provide the council with NIS 15 million from the national government in 2009 and an additional NIS 23 million from the Jerusalem municipality.

Rav Yosef Deutsch has turned to Minister of Religious Affairs Yitzchak Cohen, calling upon him to lobby MKs towards eliminating a planned amendment in the funding procedure which intends to throw a larger portion of the religious councils funding on local municipalities, not on the national government. Deutsch and others in the city council fear that such a move would place too big a burden on local government and the result will be a drop in religious services.

Employees of the Jerusalem Religious Council have stated that upon receiving their back salaries, they will end all work sanctions.