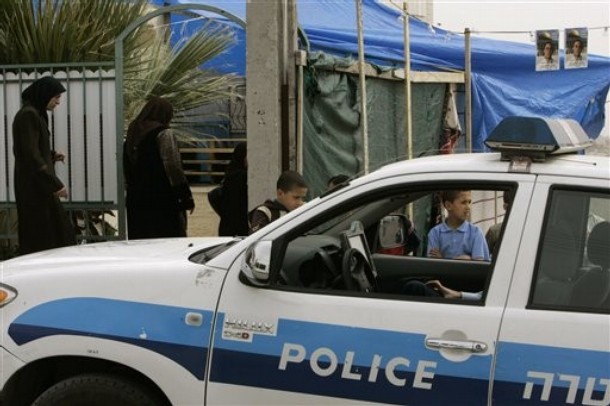 An explosion was heard at about 8:30pm on motzei Shabbos in the parking lot of Haifa’s Lev HaMifratz Mall. Security personnel immediately responded to inspect the vehicle, a Subaru, making the decision to call bomb-demolition technicians.

The techs carefully opened the vehicle’s trunk to find a case containing explosives, under which were additional bombs in bags. Police report the small explosion was apparently intended to set off a chain reaction – setting off other bombs, amounting to tens of kilograms of explosives in what was intended to be a major bomb attack in the busy mall’s parking lot. Police are stating with certainty the attack was a planned terror attack.

Mall employees waiting in the nearby central bus station as the bomb-demolition technicians worked for about three hours to safely neutralize the close to 100 lbs of explosives. The newly-named Cinemall was closed as police moved in and began combing the area to make certain there were no other bombs in the area.

Northern District Police Chief Shimon Koren stated this was most fortunately, a terror attack that was averted, adding an investigation is underway to determine how the security inspectors at the entrances to the parking lot failed to detect the contents of the vehicle. Koren explains that he is having mall security reevaluated.

Police add the vehicle carrying the bombs is registered to a female resident of Jerusalem, indicating they are uncertain if it was reported stolen.

An unknown organization calling itself Galil Freedom Battalion claimed responsibility for the attempted attack. The organization’s statement promises additional attack in retaliation for home demolitions in Arab areas of the eastern capital.