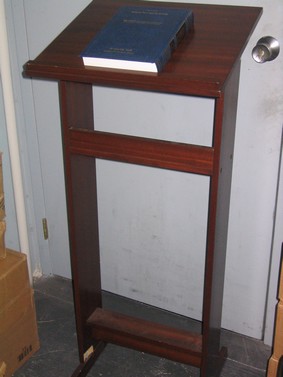 Minister of Religious Affairs (Shas) Rabbi Yaakov Margi is working in earnest to expedite the process to hold elections for Jerusalem chief rabbi no later than Rosh Chodesh Elul. He hopes to gain enough support for his efforts to create facts on the ground, expecting opponents to take their case the High Court of Justice.

Margi has appointed Rav Avner Amar, who heads the process of appointing rabbis around the country, and the two are aware of the sensitivity and significance of the Jerusalem appointment, prompting them to turn to veteran well-respected personalities to take part in the committee. This includes Dayan Rav Shlomo Ben-Shimon of Tel Aviv, who will head the committee. The appointment notification was sent to Jerusalem Mayor Nir Barkat this week.

In the Jerusalem election, Shas is working tenaciously towards the appointment of HaGaon HaRav Yitzchak Yosef as the Sephardi chief rabbi and towards succeeding in achieving the goal; Shas will only support an Ashkenazi candidate who comes out in favor of Rav Yosef.

Shas is working to gain support and according to a report in the weekly BaKehilla newspaper affiliated with Chassidei Belz, Jerusalem City Hall and the mayor will support Rav Yosef’s candidacy. The matter of the Ashkenazi Rav on the other hand is a bit more complicated perhaps.

It is already known that the mayor enjoyed the support of the dati leumi camp in his mayoral bid and in return, he is committed to supporting the dati leumi candidate for the city’s Ashkenazi rav. BaKehilla reports that this includes a candidate who completed full IDF service, sends his children to “Zionist yeshivas” and recites Hallel on Yom HaAtzma’ut. This will disqualify Barkat from supporting a chareidi candidate for the post.

Among the names mentioned is Rav Klonski (rav of Jerusalem’s Givat Mordechai neighborhood), Rav Aryeh Stern (Rosh Yeshiva of Machon B’rura Merkaz HaRav), Rav Yosef Carmel (Rosh Yeshiva Eretz Chemdah). Of the three, only Rav Carmel is within the legal age parameters described by law and he enjoys widespread support in the dati leumi community. Supporters of Rav Carmel point out that he has written and published a number of seforim which enjoy a endorsement from Rav Ovadia Shlita.

What complicates the matter for Shas is the wait to see which candidate will enjoy the support of Maran Rav Yosef Sholom Elyashiv Shlita among the leading candidates, HaGaon Rav Yitzchak Dovid Grossman, HaGaon HaRav Yosef Efrati or HaGaon HaRav Moshe Chaim Lau. This could lead to an “internal chareidi power struggle” BaKehilla reports.

Shas is waiting for Rav Elyashiv’s decision, but on the other hand, may not support any of the chareidi candidates if such a move does not bring at least 15 votes with it, and may alternatively move to back the dati leumi candidate. One should remember that Shas also cut a deal with the dati leumi community regarding the election for the Chief Rabbinical Council when the litvish camp would not back HaGaon HaRav Avraham Yosef, who did earn on seat on the council. The Shas-Dati Leumi ticket emerged the winner. A similar situation may result in the Jerusalem rabbinical race.

As we publish this article: Reliable but yet unconfirmed information indicates Rav Efrati has dropped out of the race.