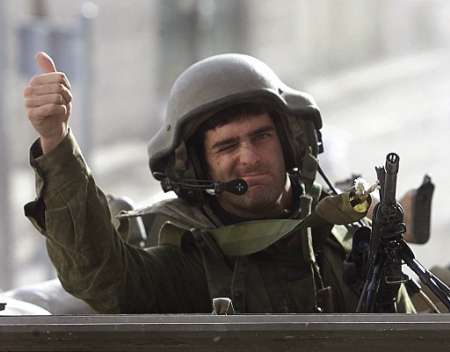 A halachic ruling from IDF Chief Rabbi Brigadier-General Rabbi Avichai Ronsky has created a stir among member of the Chief Rabbinate Corps. The rav ruled that senior officers may join military police and police patrolling entertainment spots on shabbos, seeking to locate soldiers who are intoxicated, those in uniform and plain clothes alike. The rav stated this is without a doubt a matter of ‘pikuach nefesh’. He added the matter is so important that members of the Chief Rabbinate Corps may also accompany patrol vehicles on shabbos, thereby assisting in the life-saving activities. Opponents question what the contribution of members of rabbinate is to justify their chilul shabbos.

It appears that military police are now joining forces to locate drunks, working to take them off the roads and thereby saving lives. Officers will be accompanying the units, to “set and example” they report. Since these operations take place on Friday night, military police officials turned to the IDF Rabbinate for a ruling, which they received, with Rabbi Ronsky approving categorizing the operations as ‘pikuach nefesh’ which would compel officers assigned to such duty to comply, unable to refuse on the grounds of chilul shabbos.

It is reported that 13 soldiers were killed in vehicular accidents in 2009, all off duty. Military police officials explain they are now stepping up their activities in the hope of preventing additional deaths.