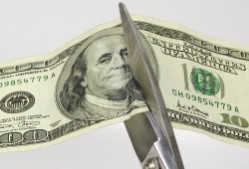 Just about half the promised gains for yeshiva funding in Eretz Yisrael may be out the window as a result of annual budget cuts, amounting to a staggering NIS 300 million. Prime Minister Binyamin Netanyahu is now faced with using his political might to push through the state budget, which contains NIS 2 billion in cuts. Towards achieving this goal, the chareidi parties are expected to be hit hard, including an estimated NIS 300 million cut for yeshiva funding. This would be in addition to an additional cut of NIS 100 million promised to Shas, Yahadut HaTorah and HaBayit HaYehudi.

Coalition agreements on the other hand list a commitment for NIS 750 million for yeshivos, comprising 20% of fiscal commitments in coalition agreements. The treasury may push for cutting 50% [only] and push off the actual allocation of funds, the remainder, until 2011, which would place a significant stranglehold on yeshiva funding. This however may compel a chareidi rebellion and there is likely to be serious disagreement between the prime minister and Dr. Yuval Shteinitz, his finance minister, as the prime minister seeks approval for the cuts while trying to maintain his stable coalition.

The prime minister will also seek approval to allocate NIS 1.5 billion in defense spending, without detailing, seeking approval for classified funding. According to a The Marker report, the move represents a shifting of priorities in two-year state budget.

YWN-Israel adds this is without a doubt linked to the growing regional existential threats to Israel, including Iran and its ever-advancing nuclear program. It will be a difficult battle for chareidi parties since the funding for the defense spending is a critical importance according to the prime minister, perhaps compelling chareidi lawmakers to seek other areas that can be trimmed to leave yeshivos with a larger slice of the budgetary pie.