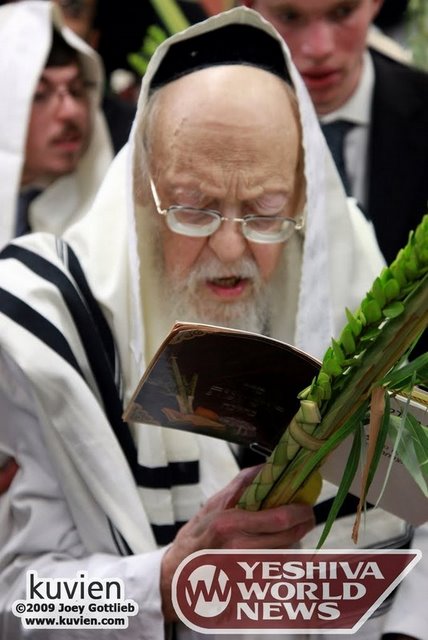 6:55AM IL: It appears that after a primary physical evaluation, the medical team at Shaare Zedek Medical Center early Thursday morning decided Maran HaGaon HaRav Yosef Sholom [ben Chaya Musha] Elyashiv Shlita will remain in hospital for a number of days, and he will not be discharged before shabbos.

Upon arrival in the hospital, R’ Elyashiv was running a fever and had a strong cough. He was placed on intravenous antibiotics and is monitored, but doctors stress he did not suffer a cardiac incident.

After being admitted late Wednesday night, it is reported that the gadol hador began learning in his bed.