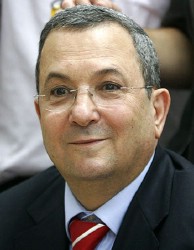 Joining former Knesset Speaker Itzik is Defense Minister Ehud Barak, who was the subject of harsh criticism from the State Comptroller regarding his hotel spending while in France.

After reviewing expenses from Barak, ministry officials and senior IDF officials who all visited the Paris Air Show this summer, the Office of the State Comptroller cited “waste” and excessive spending by the government representatives. State Comptroller Justice Micha Lindenstrauss questioned the lavish suites and squandering of public funds, especially now, when the nation faces difficult economic realities and is working to cut state spending. In his 16-page report, Lindenstrauss cites total disregard for public funds and current fiscal realities.

A ministry spokesman tried to come to Barak’s defense, stating the defense minister was not personally aware of the excessive spending, quickly adding a new policy has gone into effect, requiring the minister’s approval for any and all expenditures exceeding standard level accommodations for cabinet ministers and accompanying officials.

Barak and his aides managed to incur a bill of NIS €96,000 (over NIS 500,000) for their luxury accommodations for 16 people. Stepping up the level of their accommodations, this year’s costs were four times that 2007.  The remaining members of the delegation, numbering 34 people, spent an additional NIS 417,000 for standard accommodations.  This brings the bill to approximately NIS 950,000, and this does not include airplane tickets and food.

It should be pointed out that the report focused on expenditures, and did not address the large delegation which is the subject of criticism by many.