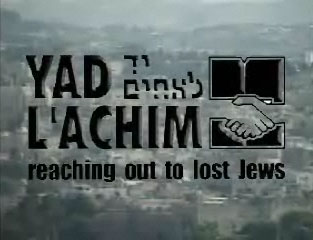 Not too long ago, Yousef and his siblings, numbering eight in total, together with their mother, were living under extremely harsh conditions in the heart of the so-called Muslim Quarter in the Old City of Yerushalayim. They were Baruch Hashem among the fortunate, extricated from the abyss by Yad L’Achim. Now, Yosef as he is called among Am Yisrael, is wearing tefillin, marking his bar mitzvah.

The joyous event was held on Thursday, (December 3rd) and according to organizers who were present, there was not a dry eye to be found among the family and guests.

In Tammuz 5768, through the mesirus nefesh of Yad L’Achim activists, 17 years of hell came to an abrupt end for “N” and her children. They were extricated from the depths of Muslim culture and the daily horrors that was their life came to an end, opening a new book, one filled with caring surroundings and yidden who want nothing more than to permit the mother and her children to live a Jewish life.

“N” fell into the trap, attracted to an Arab male as a young woman who searched for affection. The two became a unit, and that horror was her life for 17 years. She lived a Muslim lifestyle in every sense of the word, bringing eight children into the world. What actually assisted the rescue was the fact that the husband is in jail, serving a sentence for a criminal offense.

Yad L’Achim has placed the mother is a well-hidden community, expressing the pain that comes with the realization that the children literally did not speak a single word of Hebrew. Social workers and welfare agency personnel were brought into the picture as the entire family underwent a rehabilitation process. The decision was made to place the children in a frum dormitory setting, which according to volunteers is beginning to yield rewards, one of which was last week’s bar mitzvah celebration.

Witnesses confirmed reports that as young Yosef adorned his young body with tefillin, his eyes exhibited the true connection he has formed with yiddishkeit, as he moves ahead, developing his Jewish neshama.

Yad L’Achim director Rav Sholom Dov Lifshitz stated the grandmother z”l, who endured the horrors of the Holocaust and left this world after enduring difficult tests is now looking down and enjoying the sight of her grandson, who has rejoined Am Yisrael and remains committed to wearing tefillin and adhering to mitzvos.

The rav gave his bracha to young Yosef and his siblings, that they should continue reaching new spiritual heights and continue giving nachas to the grandmother ob”m.