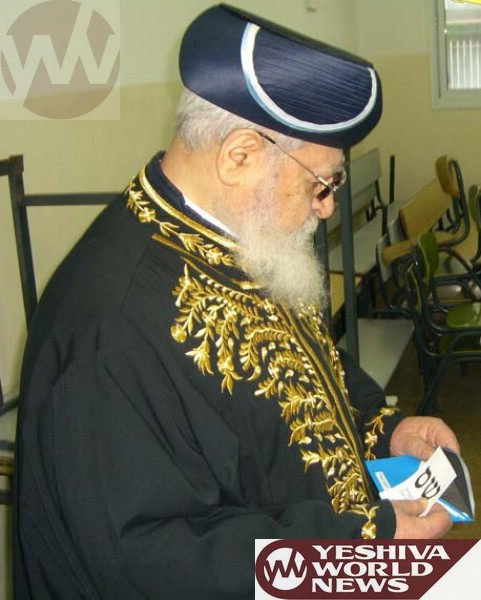 Shas party officials have apparently set their sights on the director-general of the nation’s rabbinical courts post, a position held for many years by Rabbi Eli Ben-Dahan. Rav Dahan was very close to former Chief Rabbi Mordechai Eliyahu Shlita.

Shas controls the Ministry of Religious Services and it appears the party is taking steps towards replacing Dahan with a Shas appointee.

During Sunday’s cabinet meeting, Shas ministers succeeded in redefining the term of the director-general of the rabbinical courts to a four-year term, and the cabinet will have to approve an extension of 2-4 additional years.

In short, from the moment the decision is made official; Rabbi Ben-Dahan will have exceeded his permitted time in the post and will have to step down six months following the implementation of the cabinet decision.