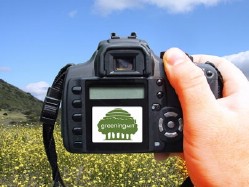 “The results clearly show that the value of the news photo in Israeli media is decreasing, and that only a few of the photos tell the journalistic story as expected,” says  Dr. Amir Gilat, Head of the Division of Communications and Media Relations at the University of Haifa, who carried out the study. “Most of the photos serve as visual means alongside reports, sometimes with no real connection to them. The photograph in Israeli media is no longer worth a thousand words, but much less,” Dr. Gilat explains.

The survey examined all of the photographs published in the news pages of three daily newspapers in Israel, “Yediot Achronot”, “Haaretz”, and “Israel HaYom”, over the course of one month (July-August 2009). Those counted were press photos and did not include advertisements, announcements, caricatures, graphs and drawings.

The most prominent finding was that most of the photographs on the news pages were not taken at the actual scene of the event or even nearby. 90% of the shots in “Yediot Achronot” and 86% of those in “Haaretz” and “Israel HaYom” were not taken the day before publication.

In many cases, the newspapers used ‘multipurpose’ photos, such as a forest or street, that did not illustrate the story and only provided a visual accompaniment to the item. This is most likely based on the need to cut production costs. “We would expect to see photos from the events themselves on the news pages, but this is not the case. Photos on the news pages do not represent classic photojournalism – they do not tell a story; they are frequently recycled and serve to adorn the texts, sometimes manipulating the reader into thinking that the photographs are new and present actual news,” says Dr. Gilat.