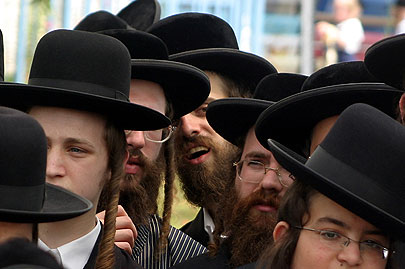 According to the results of a survey conducted in 2008 by the Central Bureau of Statistics, 79% of chareidim are satisfied with their living conditions despite most being short on space.

The study reveals that 84% of people 20-years-old and up are satisfied with their apartment. This is the case with Jews (86%) more than Arabs (82%). This also appears to be the case with higher income families (93% among those earning over NIS 14,000 monthly) as opposed to lower income families (81% among those earning up to NIS 4,000 monthly bruto (gross income).

Space is a big consideration. In homes in which there are more bedrooms than people, satisfaction was measured at 90% as opposed to homes with 2 or more people per bedroom, registering much less, 64%.

On the other hand, if one analyzes the numbers by sector, the picture is a significantly different one, with 79% of the chareidi community reporting satisfaction despite crowded living conditions. In the dati and secular communities, that number is significantly lower, 55%.