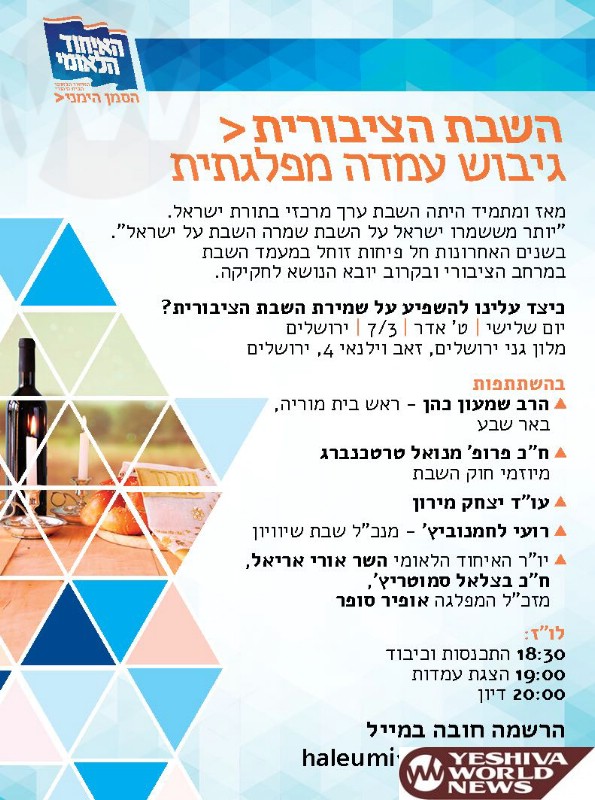 Members of the Ichud Leumi party gathered to discuss and qualify what the “public Shabbos” should look like in Israel, something that is regularly challenged of late as the long-standing Shabbos status quo in some cities has been pushed to the wayside to make room for additional Chilul Shabbos.

The gathering began on Tuesday, 9 Adar, hosed in the Jerusalem Gardens Hotel and participants in the one-day event will hear from a list of prominent speakers on the subject including Bayit Yehudi MKs Minister Uri Ariel and Betzalel Smotrich, both of the Ichud Leumi party which teamed with Bayit Leumi in the last elections.

Organizers explain that of late, there has R”L been a noticeable decline in adherence to Shabbos in public areas and they wish to gather to discuss this and determine the party’s position.