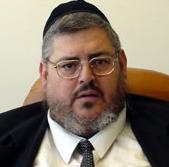 Councilman and community officials busied themselves with phone calls on Monday surrounding the imprisonment of Yehoshua Pollack as a suspect in the ongoing Holyland investigation. Pollack, the treasurer of Betar Illit, was remanded by the Rishon L’Tzion Magistrate’s Court on Thursday. His absence resulted in a first-ever cancelation of a council meeting and today, officials announce Pollack’s shoes will be filled by R’ Yehuda Gerelitz.

Mayor Meir Rubinstein held a telephone vote with council members, requesting that Gerelitz, the city’s director-general fill in for Pollack to permit him to continue running the community and until Pollack’s return, the two will sign checks.