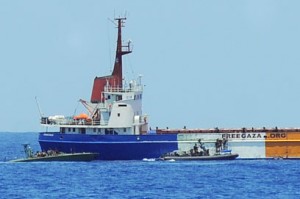 It appears reports emerging from Britain were accurate, as Israel on Wednesday relaxed its embargo on products entering Gaza, permitting items that were previously banned.

According to one official, Raed Fattouh, soda, jam, spices, shaving cream, juice, cookies and sweets were among new items permitted into Gaza. In Gaza, other officials deny any such reality, accusing Israel of trying to dupe the world at the expense of residents.

A senior Defense Ministry source quoted anonymously by Walla News reports that Hamas is working to capitalize on another media spin, explaining the list of additional items approved was given to Hamas weeks ago, but the Gaza regime is seeking to portray it as if it is tied to the pressure on Israel resulting from the Gaza flotilla affair.