In a first for a frum Jew in Switzerland, Jehuda Spielman is running in the upcoming elections for the municipal council in the city of Zurich, Switzerland, home to about 6,000 Jews.

Speilman, only 26-years-old and an accountant by profession, grew up with 12 siblings in Zurich’s Wiedikon district. Now married and a father of a two-year-old, he still lives in the same district he hopes to represent.

His campaign for office which he has called “Live and Let Live,” has garnered much attention from the press and Spielman has been running from interview to interview.

“I want to break down prejudices,” he told the Swiss news outlet 20 Minutes.  “A large part of the Jewish community is very well integrated, they have jobs, they live like any other Swiss person.”

“Politicians often don’t dare approach Orthodox Jews. It is important to clear up misunderstandings and discomfort. If my candidacy can convince more Jewish people to vote, then I will have done something positive for integration.”

If elected, “I would be the only Orthodox Jewish politician in a council in Switzerland,” Spielman added. 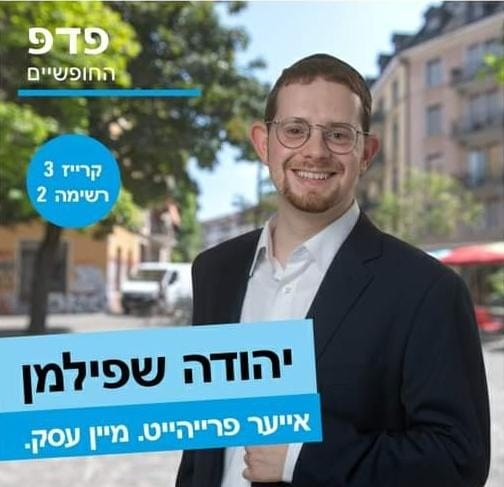