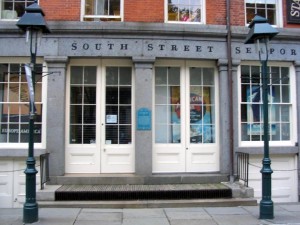 It continues to struggle with an estimated $22 million in damage from Superstorm Sandy.

The Museum of the City of New York said last month it could no longer operate the waterfront museum in lower Manhattan.

The Wall Street Journal says three Bloomberg administration officials now make up a skeleton board of trustees. Meanwhile, the city is scrambling to find a new institutional partner.

The museum’s waterfront director has been appointed as its interim president.

The museum is housed in a commercial building on Fulton Street that served the seaport starting in 1811. It also maintains a fleet of historic vessels.