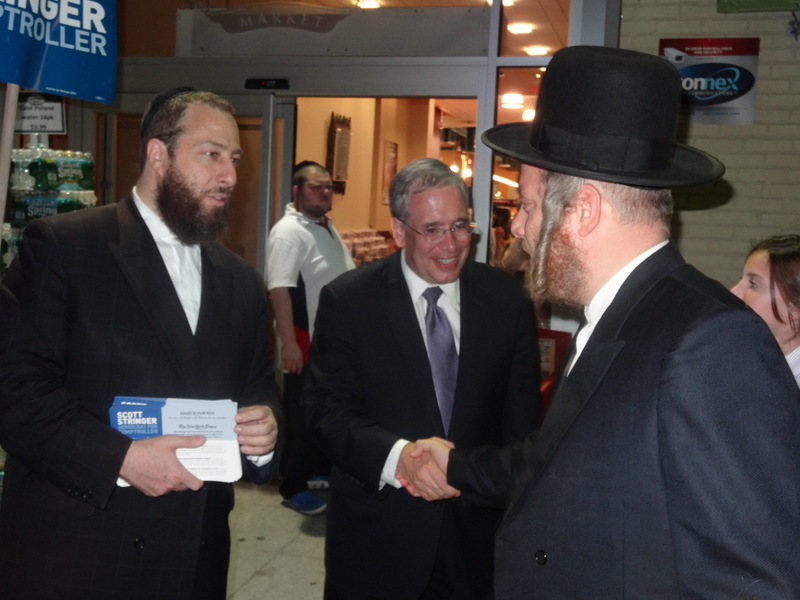 Manhattan Boro President Scott Stringer who is running for the Democratic nomination for NYC Comptroller recently greeted shoppers at Gourmet Glatt in Boro Park wishing them a “Shanah Tova”. Mr. Stringer who was a given a tour of Gourmet Glatt led by its proprietor Moshe Silberstein, and accompanied by Ezra Friedlander made a point of visiting the Orthodox Jewish community in honor of Rosh Hashanah.

Recent polls have Mr. Stringer ahead of his opponent Eliot Spitzer by 2 points and Mr. Stringer is confident that he will win the Democratic nomination with the strong support of the Orthodox Jewish community.

“Scott Stringer has a stellar track record of working with the leadership of the Jewish community on issues ranging from fighting Anti-Semitism to developing solutions that will allow the middle class to prosper and I have no doubt that a Comptroller Stringer will ensure that city revenue is spent wisely and efficiently” said Ezra Friedlander, CEO of The Friedlander Group and a long-time friend of Mr. Stringer.