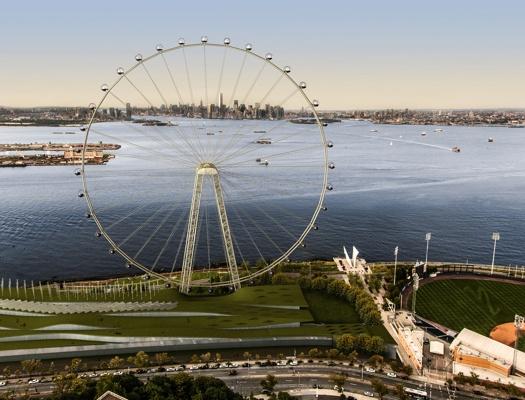 New York City’s Planning Commission has approved a plan for a Ferris wheel on Staten Island that’s billed as one of the world’s largest.

The project also includes an outlet mall. It now goes before the City Council for a final decision.

The CEO of New York Wheel LLC, Rich Marin, said the company is pleased with the commission’s action.

The 625-foot Ferris wheel would have a view of the Statue of Liberty, New York Harbor and the Manhattan skyline.

The New York Wheel would be the world’s tallest Ferris wheel if it were built today. But developers in Dubai are planning to build a 689-foot Ferris wheel called the Dubai Eye.

Construction of the New York Wheel is expected to begin in 2014, with a grand opening in 2016.