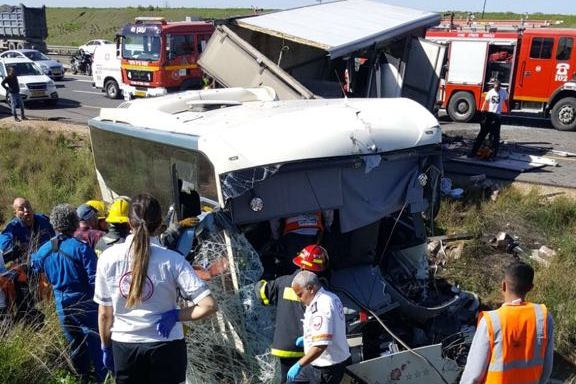 The Haifa community was shaken last month when Eliyahu Malek, father of 7, was in a horrific head-on collision with a truck. The accident occured on Highway 6, near the Sorek Interchange.

“When I arrived at the scene, I encountered the difficult sight of an accident…,” said Yanki Weinberg, a medic at Ichud Hatzala who arrived first on the scene. “[Eliyahu] was trapped, and was suffering from a lot of system damage.”

Eliyahu was evacuated by firemen to Ichilov Hospital where he remained in a coma for two weeks. His life hung in the balance for many days, and his full Hebrew name was released for davening by both ZAKA and the Israeli Police. During those two weeks, his wife Sari sat by his side, praying that he would live to continue raising their 7 young children. Erev Pesach, he passed away. He was 32 years old.

Funds are being raised for Mrs. Malek and the children, the youngest of whom is just 1 year old. Devastated by the loss of her husband, Sari must now raise her large family alone.