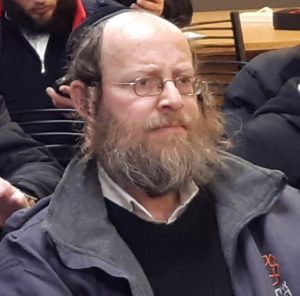 The untimely passing of father-of-7 Avraham Gelbman was widely reported on last week byJewish news publications around the world. Readers were moved by the tragedy: Avraham was a Hatzolah and ZAKA volunteer who for years had dedicated himself to responding to emergency situations and saving lives. In a shocking twist, he had a heart attack while driving and passed away in a car crash. He was announced dead at the scene. The Beit Shemesh and Hatzolah communities were deeply shaken.

Though the initial incident made headlines, however, the story continues on. Some would say that the greatest tragedy of all is what has unfolded since his passing: Yehudis Gelbman is now a widowed mother of 7. Heartbreaking photos and videos of the levaya show young children lying down in the mud, in one last attempt to be close to their father’s body. Their mother, as all mothers must, has needed to be strong. They are sitting shiva now, but she has already begun to think of the future, and how they will tackle their expenses. Yehudis has long been a stay-at-home mom and is now floundering to find an income while mourning her late husband.

Though we are often moved by sensational stories and shocking headlines, it is important to turn our gaze to those who are suffering in the less eventful, but even more painful, aftermath. Those who are able to donate so that the Gelbmans can afford clothing, food, and other expenses in the months to come can do so here for a limited time.