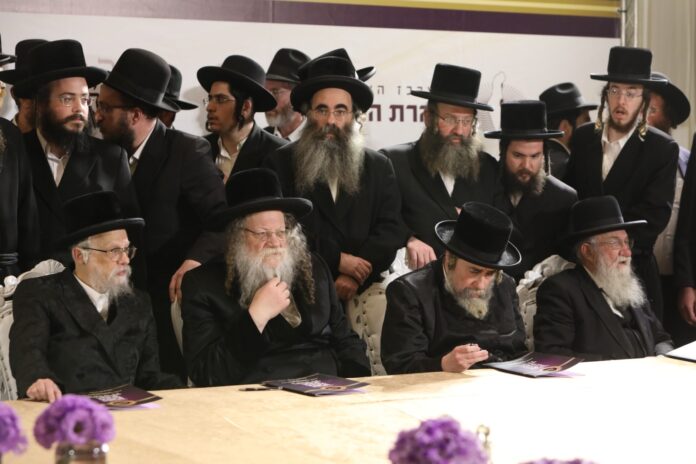 In keeping with the spirit of the weeks of Shovavim, a time when Yidden aspire to greater taharah, the Center for Taharas Ha’Mishpacha held a meeting to strengthen the mitzvah of family purity in Eretz Yisroel. Dozens of Gedolei Yisroel from across the spectrum of chareidi Jewry were present, led by Sar HaTorah, Hagaon Harav Chaim Kanievsky, shlita.

Opening the event was Rav Shlomo Rosenstein, an executive member of the Center for Taharas Ha’Mishpacha. He stated that the organization is now marking 80 years of intensive work to promote taharah in Eretz Yisroel through the construction, renovation, and maintenance of mikva’os across the country. “Hundreds of thousands of Yidden have avoided the terrible issurim of kareis thanks to the incredible work of the organization,” he said.

Noting that the mitzvah of family purity is the “foundation of foundations and a central pillar of the sanctity of the Jewish people,” Hagaon Harav Yaakov Meir Stern shlita commended the Center for Taharas Ha’Mishpachah as one of the only institutions that includes all the various groups and communities that make up Am Yisroel.

Rabbi Chaim Levy, the chairman of the Center for Taharas Ha’Mishpacha, expressed feelings of deep gratitude for the privilege of leading the organization. He attributed the credit to “zechus harabbim and the morei hador who guide us,” adding that “we are merely the emissaries of the tzaddikim, the Gedolei Hador. “

Eliyahu Dadush, chairman of the Merom Galil Religious Council, spoke as a representative of the many communities, large and small (“which most people have never heard of”) benefiting from the center for Taharas Ha’Mishpacha. “They always receive us so warmly,” he shared. “They don’t waste a moment – not those working on the ground, nor those in the office. They insist that every single mikveh has to be strictly mehudar, down to the most minute detail.”

Reinforcing that message, Maran Hagaon Harav Mordechai Auerbach, shlita, President of the Center for Taharas Ha’Mishpacha, added that “everything is done here with devotion and honesty. They work tirelessly.”

“They are our emissaries!” proclaimed Maran Hagaon Harav Baruch Mordechai Ezrachi shlita, a member of the presidium. “There should not be a single place where Jews live, especially in our holy land that does not have a holy mikveh taharah, so that there is sanctity in Israel. It safeguards us.”

Maran Hagaon Harav Shalom Cohen shlita, a member of the Presidium, gave closing remarks. “There is no greater zechut than being involved in taharat hamishpacha,” he said. “May Hashem help us that everything we do will be leShem Shamayim!”

The decisions arising from the meeting of Gedolei Yisroel were signed by Sar HaTorah, Hagaon Harav Chaim Kanievsky shlita, as well as by all the Gedolim. 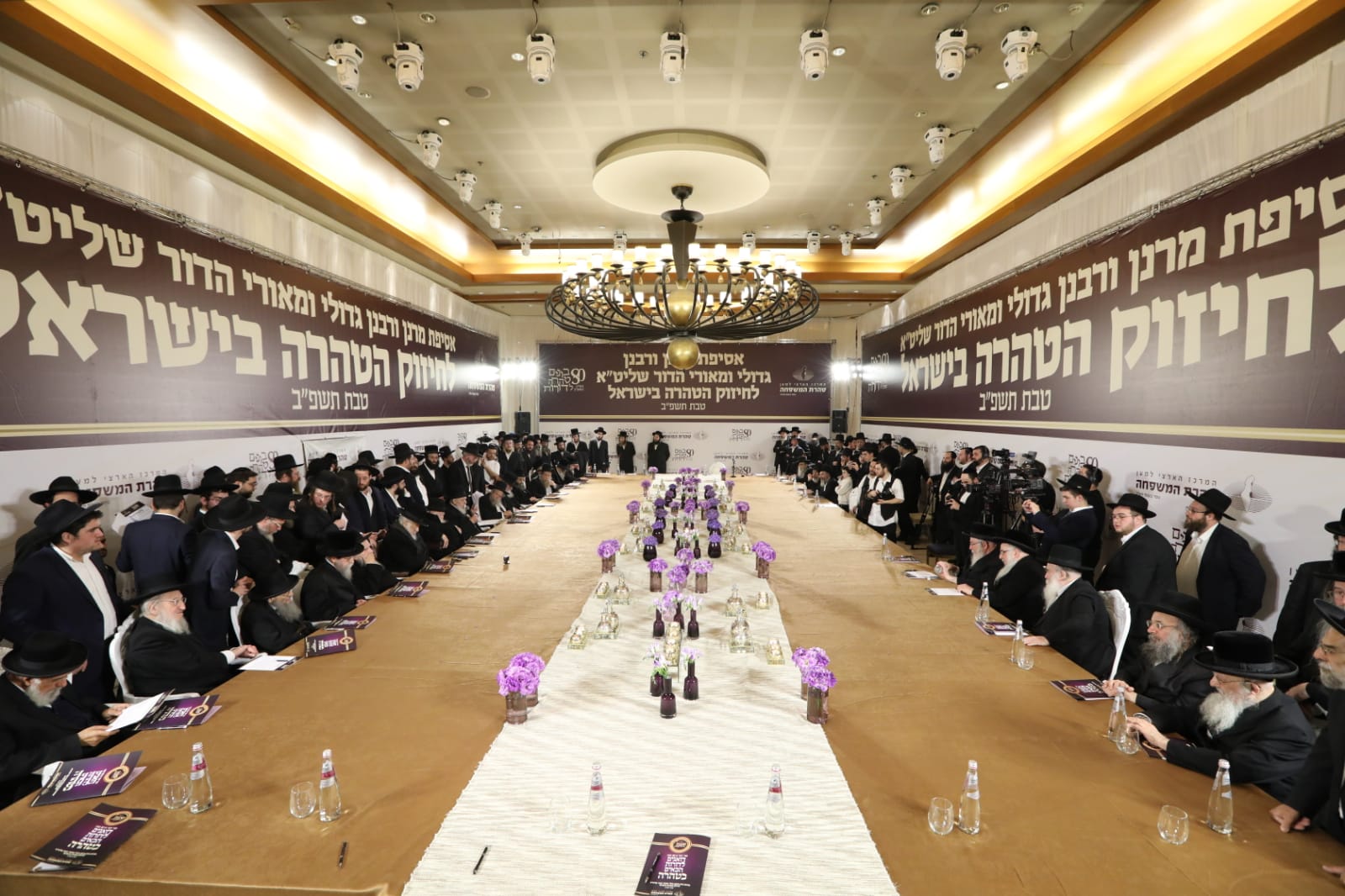 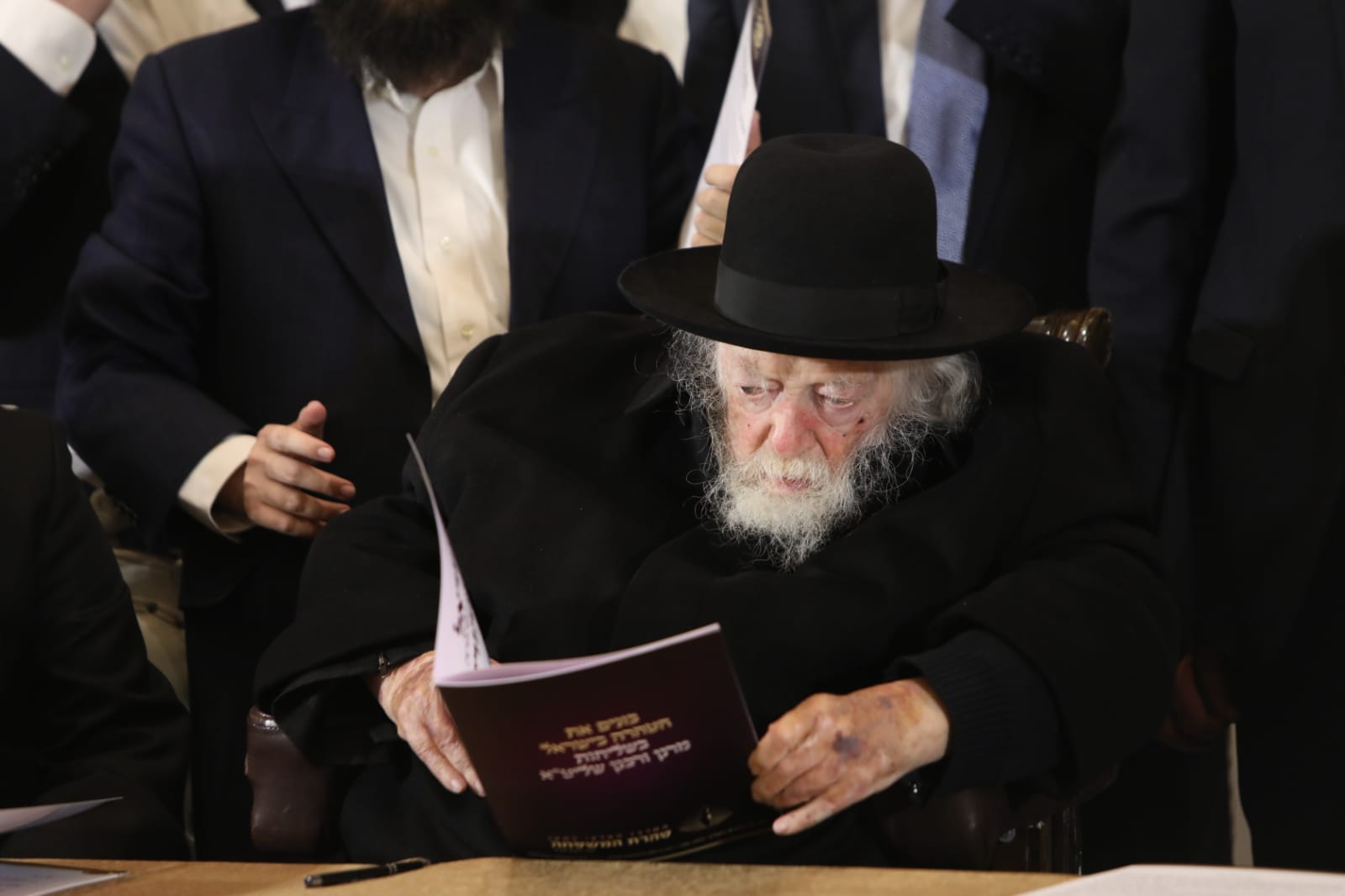 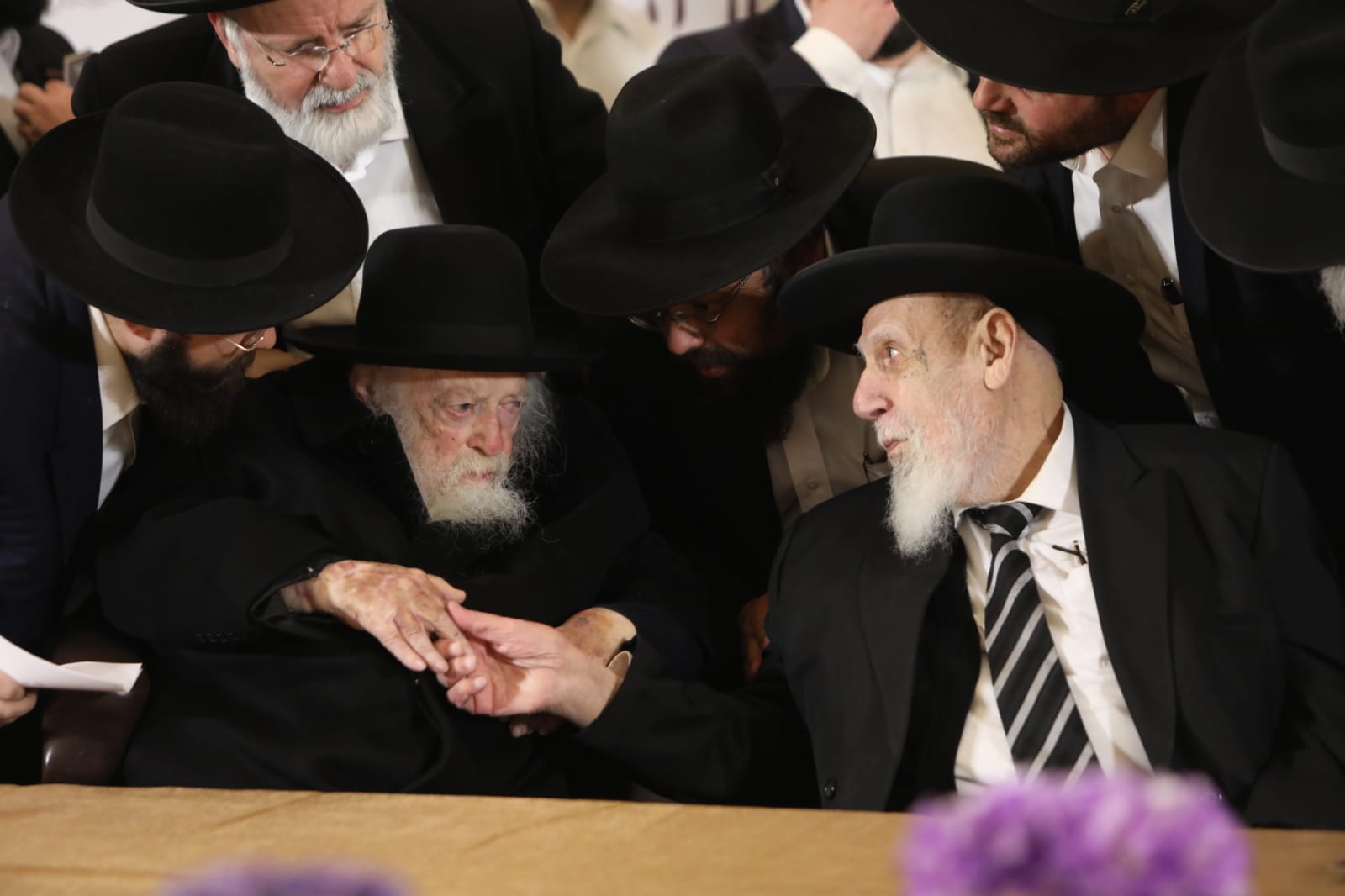 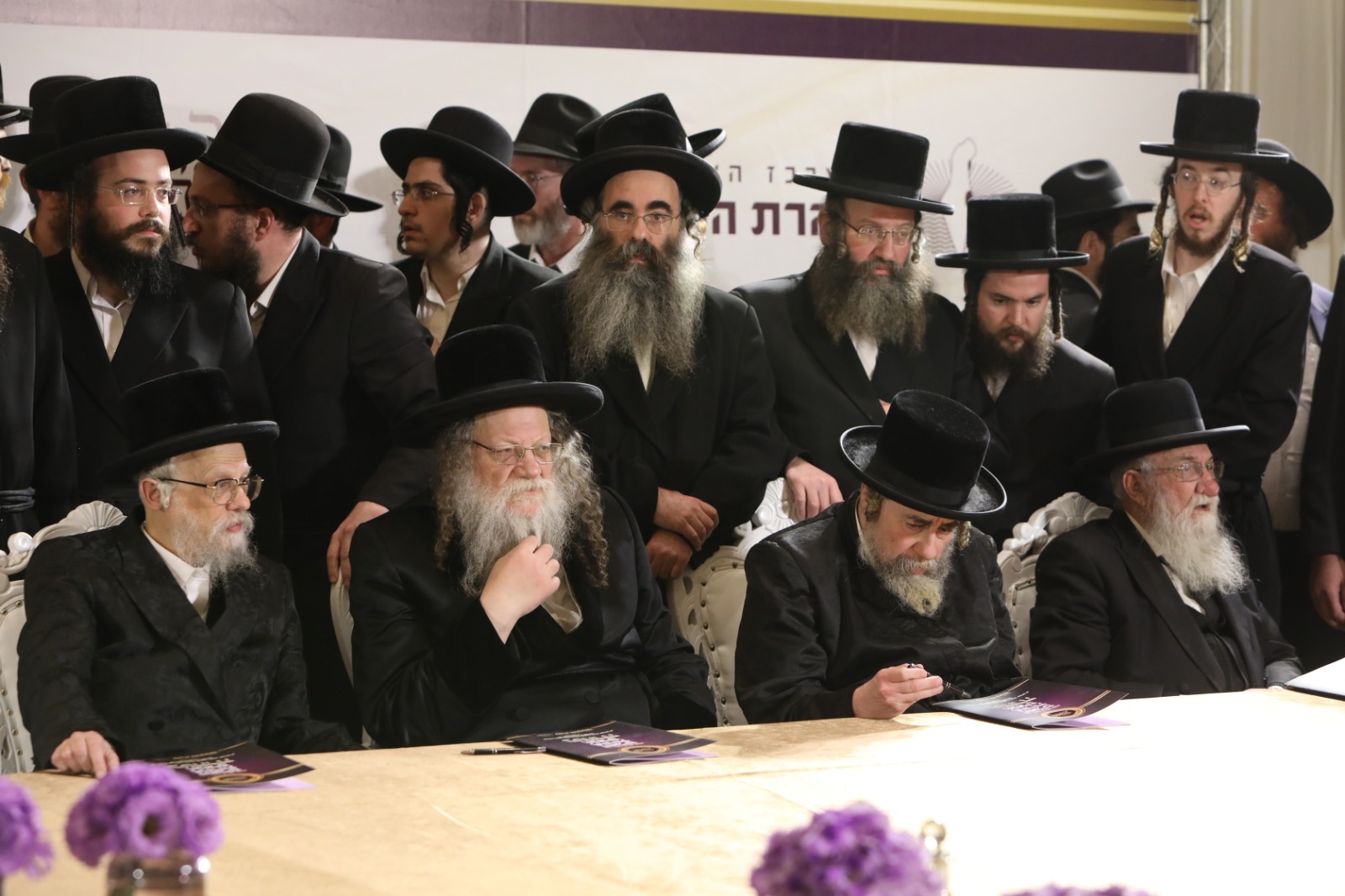 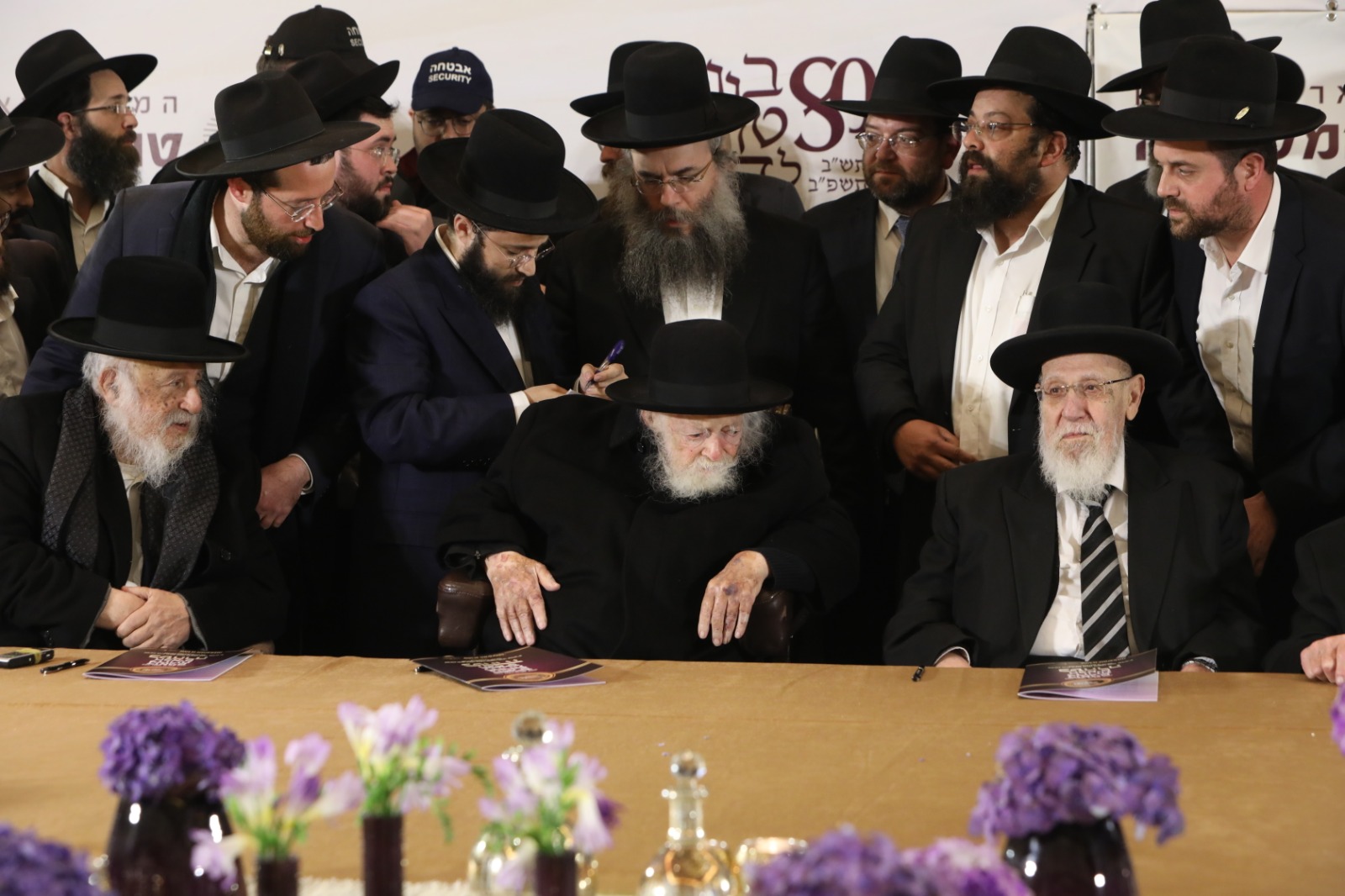 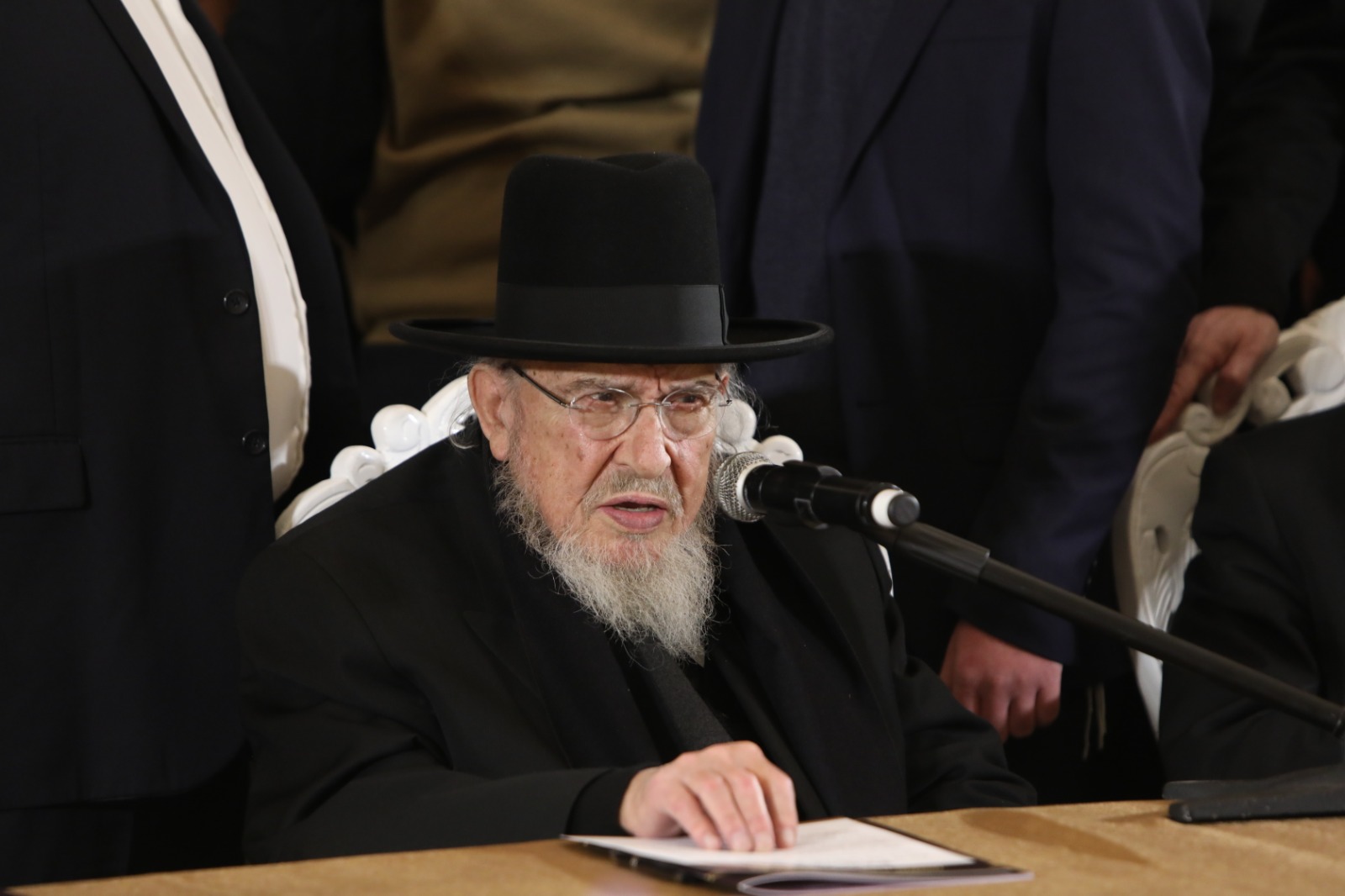 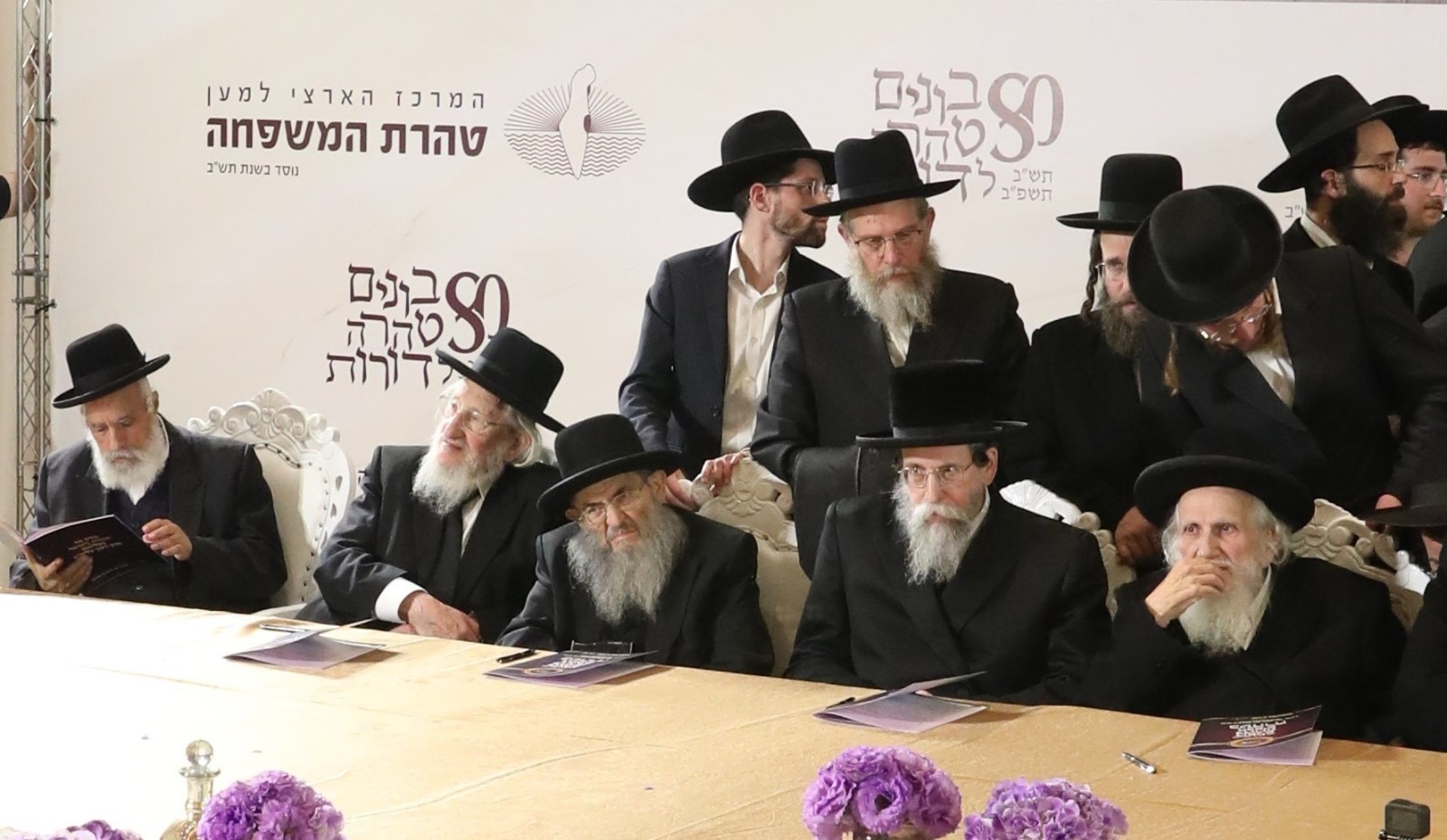 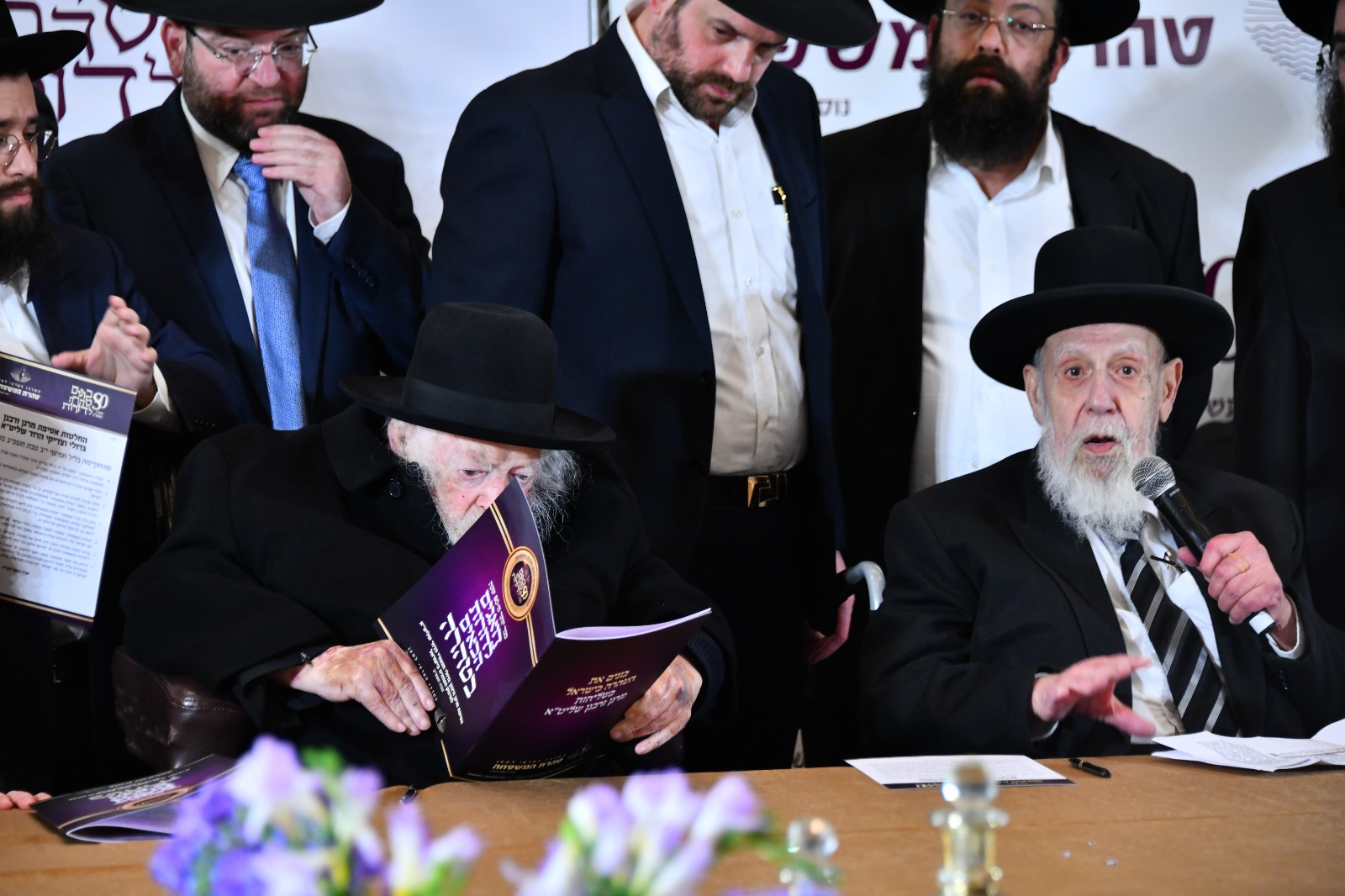 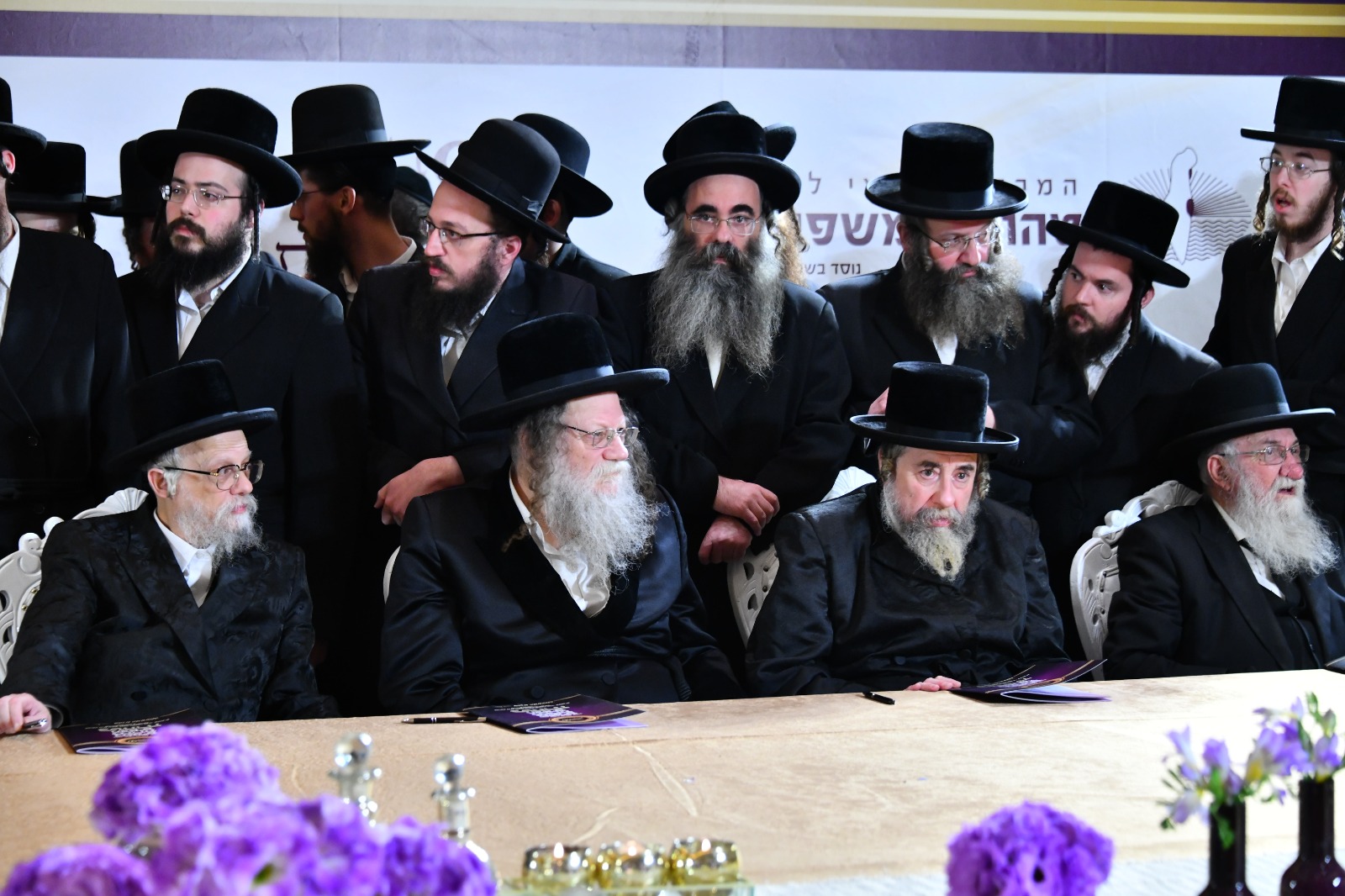 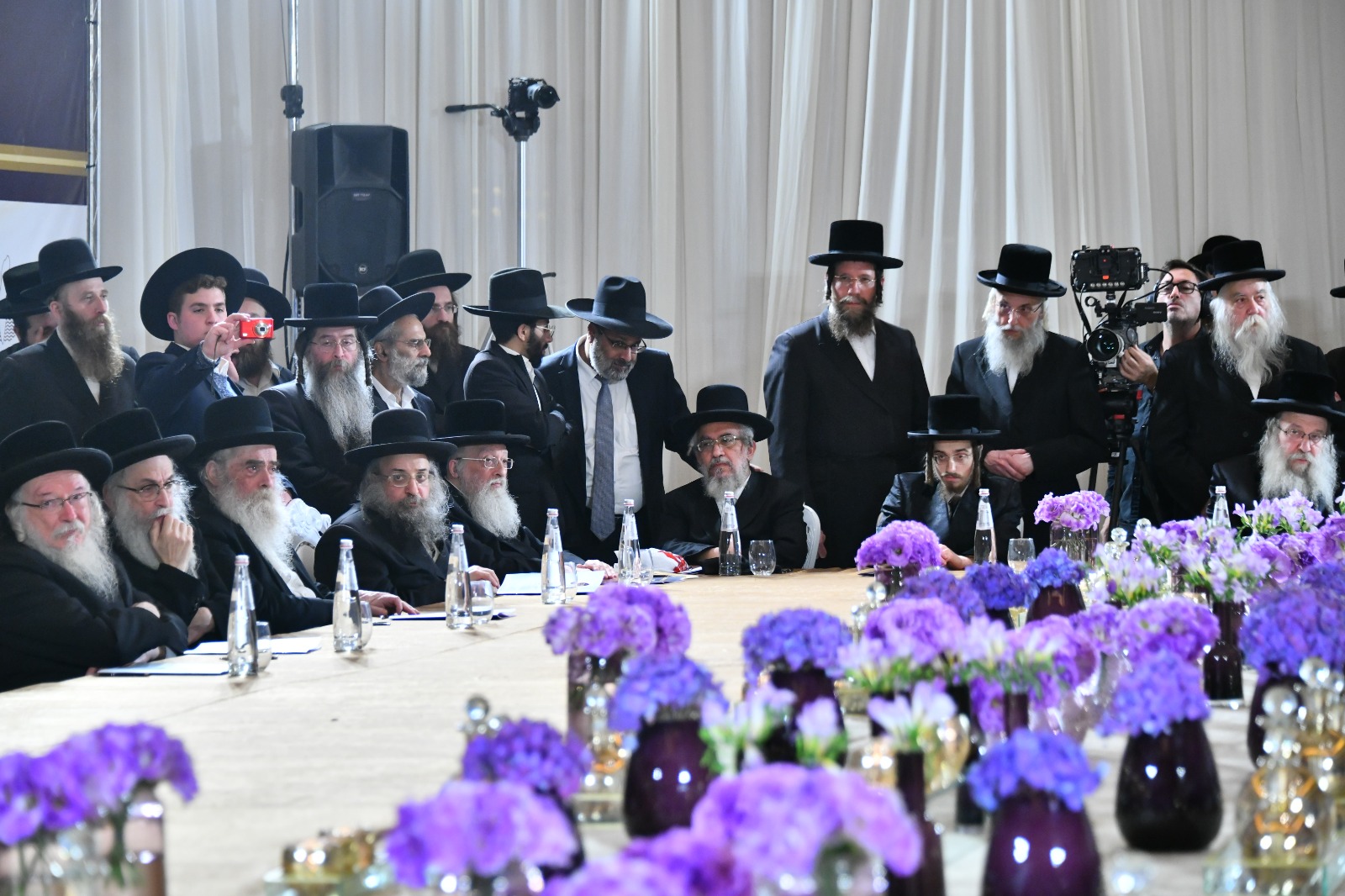