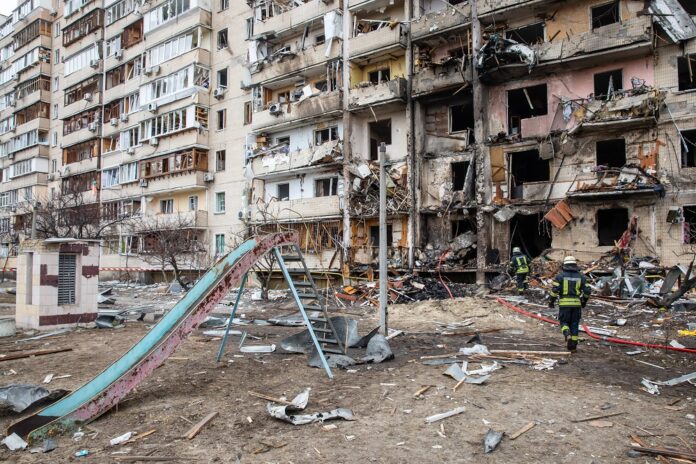 The war in Ukraine continues to rage on, as Ukrainian towns are destroyed by bombs. Many of the Jewish community and beyond have managed to escape to relative safety, for now. Some, however, are still left behind: The sick, the eldery, and the poor.

Many old and unwell residents of the Jewish community were not strong enough to make the trip with suitcase in hand to the border. For that reason many have had no choice but to stay behind in their homes, many of them accompanied by younger family members there to ensure their survival. Others were not able to afford the exorbitant fees to obtain a ride to the border. Some were stopped and arrested, as all men are required to fight in the army. This has left many mothers and children terrified, and on their own.

Grocery stores have been looted completely, and roads are unsafe to travel. Bombs continue to fall and destroy buildings.Their only resources are the few volunteers that have traveled into the country to help save their lives.

These volunteers are collecting money via The Chesed Fund, together with an urgent video from Rabbi Paysach Krohn. Donations go toward food and other basic resources for those still trapped in Ukraine, as well as those who have escaped to the border but are running out of food.

So far, donors have been able to help buy meals and toiletries, which have meant their survival. As the news grows old however, and international interest dwindles, will Ukraine’s Jews be left to starve?