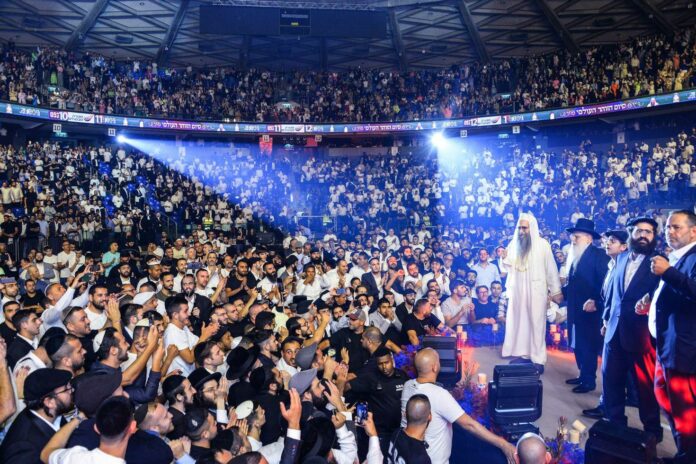 Spiritual gathering, led by Rabbi Yoshiyahu Pinto, marks completion of thousands of books of the Zohar, dedication of Torah scroll in memory of Meron disaster victims.

Tens of thousands of people on Tuesday night attended an unusual spiritual gathering at the Menora Mivtachim hall in Tel Aviv.

The gathering marked the completion of thousands of books of the Zohar, and included both Selichot prayers and a Torah scroll dedication in honor of the 45 victims of the Meron disaster. 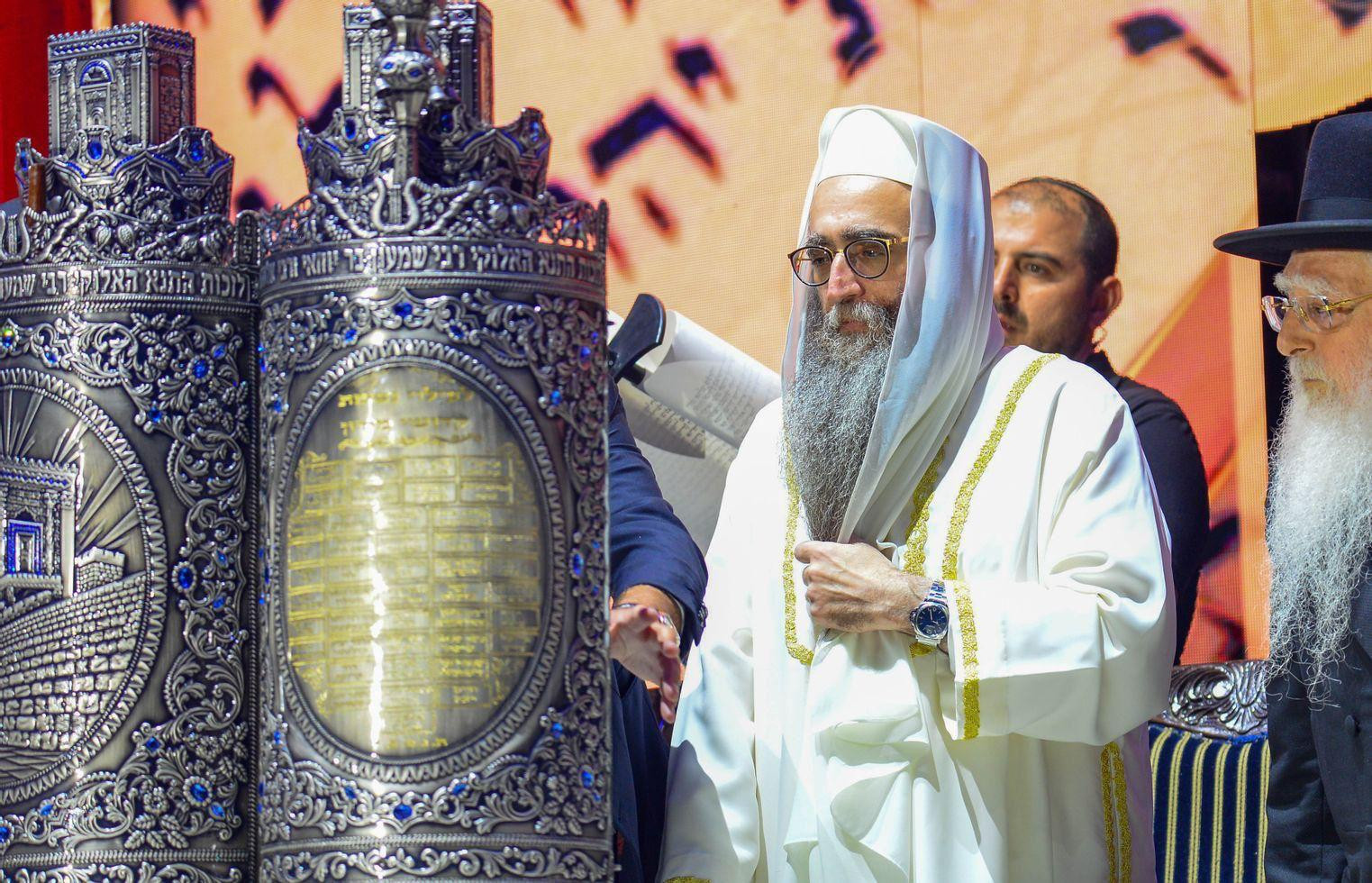 The gathering was led by Rabbi Yoshiyahu Pinto, head of the Shuva Israel institutions in Israel and around the world. It focused on the revival of the ordinance set over a century ago to complete 1,000 books of the Zohar each year, and thus bring the Redemption.

Several months ago, Rabbi Pinto instructed that the ordinance be revived, and within a few days approximately 20,000 people had joined the initiative, completing together around 2,000 books of the Zohar within four months. On Tuesday, Rabbi Pinto announced the beginning of the second round of learning, and the new goal: to complete 10,000 books of Zohar.

Central to the event was Rabbi Pinto’s uplifting speech, which inspired the crowd of thousands. Rabbi Pinto went out of his way to praise his son and successor, Rabbi Yoel Moshe Pinto, who initiated and led the project with unusual success. 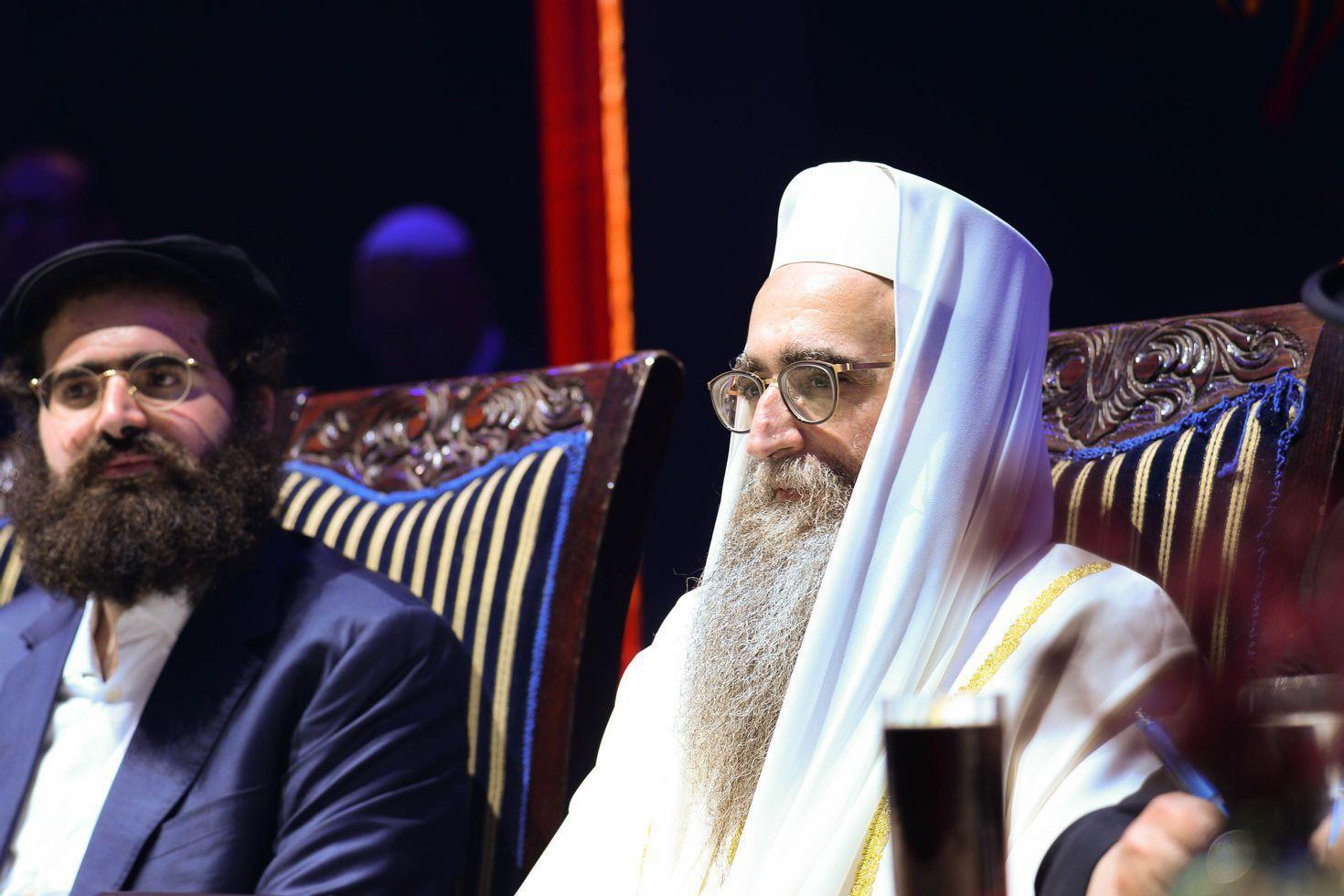 At Rabbi Pinto’s side was his father, Rabbi Haim Shimon Pinto, chief rabbi of the cities of Ashdod and Kiryat Malakhi, who completed the book of the Zohar and emotionally recited the blessing, “He Who provides salvation to kings,” in honor of Morocco’s King Mohammed VI, who continues in his fathers’ tradition for the benefit of the Jewish nation.

The gathering was accompanied by great hasidic singers Avraham Fried and Chaim Israel, as well as the Malchut choir, which integrated joyous melodies in honor of the Torah with moving tunes from the High Holidays repertoire.

The gathering was broadcast live in dozens of locations around the world, as well as on haredi and religious radio stations and select websites, and concluded with inspirational Selichot prayers, and awakened great emotion while uniting all of the sectors of the population – haredim, religious, and secular. 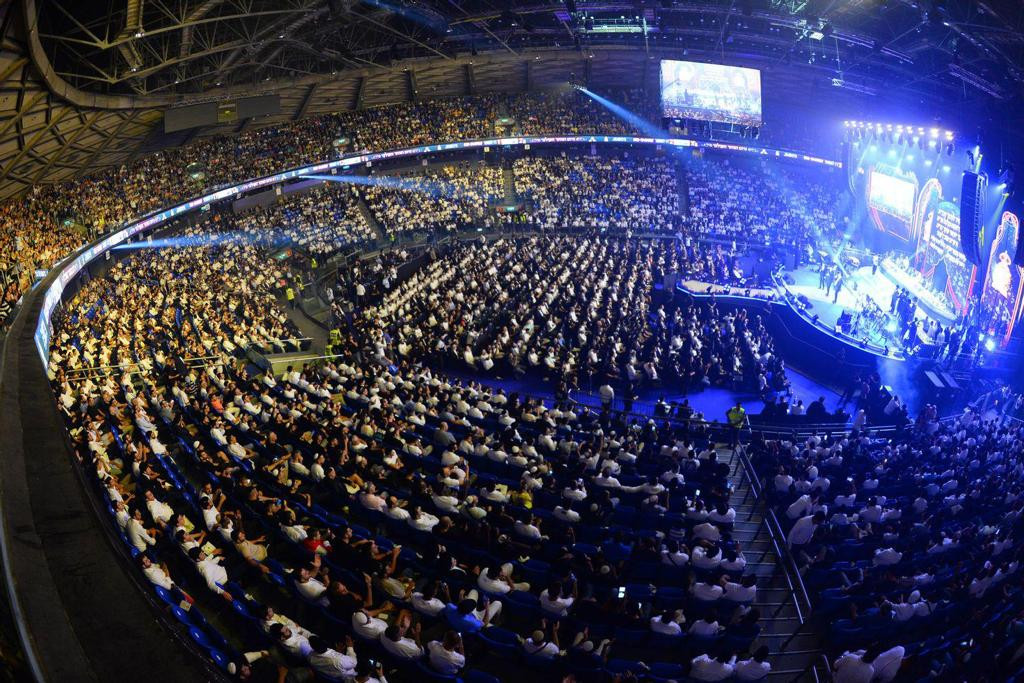