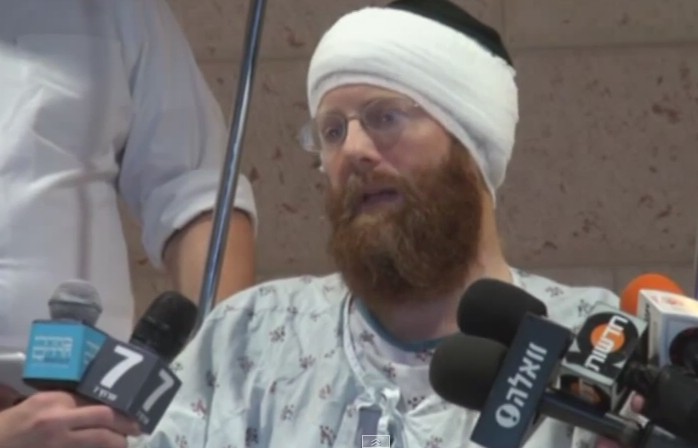 One of the victims seriously wounded in the Har Nof Maassacre last week, was Rabbi Shmuel Goldstein. He was struck three times by one of the terrorists with a meat cleaver. Once on his head and ear, and once on his back. He miraculously survived, and recounted to the media the horrors of what transpired in those few minutes inside Kehillas Bnei Torah, located at 5 Agassi Street in Har Nof, where on Tuesday morning two terrorists killed 5 people in cold blood. 4 Kedoshim were murdered while they were Davening Shacharis, and one hero Israeli [Druze] police officer – one of the Chasidei Umos HaOlam – was gunned down as he tried to kill the terrorists.

His graphic description is chilling, such as how despite having been seriously injured, he pulled one of the terrorists to the ground. Watch how he describes the miracle he experienced, when the second terrorist looked at him and told him to leave.