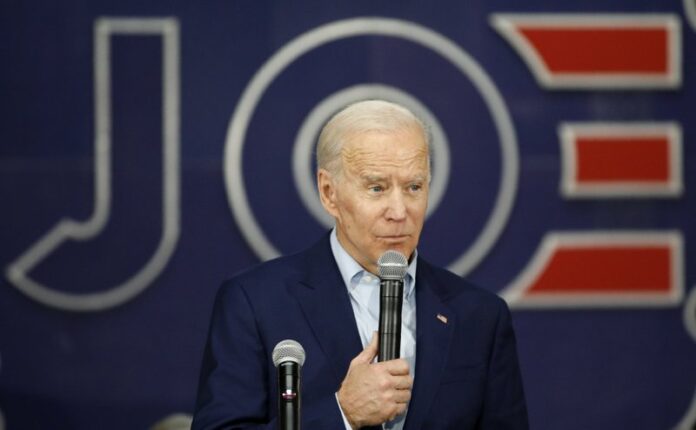 One of former President Barack Obama’s top fundraisers endorsed Joe Biden on Friday, a pledge of support that’s likely to boost the former vice president’s ability to raise cash for his 2020 campaign.

Rufus Gifford was Obama’s finance director during the 2012 campaign and raised massive sums that helped secure his reelection. He has been courted throughout the primary by other Democratic contenders and was supportive of former South Bend, Indiana, Mayor Pete Buttigieg’s campaign.

But ultimately Gifford, a former ambassador to Denmark, said he became convinced Biden is the best chance Democrats have of beating President Donald Trump — and he expects there are other high-profile figures in the party who may soon follow suit.

“In an era of political chaos, Joe Biden a steady hand. And we need more of that right now,” Gifford said.

Gifford’s endorsement of Biden was first reported by Politico.

Throughout the primary, many of the party’s biggest fundraisers and donors have stayed on the sidelines, or given to multiple candidates. While that has started to change in recent months, many have yet to leverage their personal connections and networks to package together large sums for candidates, a term often referred to as “bundling”

At the same time, Sens. Bernie Sanders of Vermont and Elizabeth Warren of Massachusetts, who have both sworn off holding big dollar fundraisers, have taken in eye-popping sums from small-dollar online contributors.

That’s left candidates like Biden, who rely on a traditional big-dollar donors, at a disadvantage.

Now, with the Iowa Caucuses a week and a half away, more could be shifting off the fence. That’s could be particularly helpful for Biden, who struggled to raise money over the summer and posted a lackluster $15.2 million, which trailed Warren, Sanders and Buttigieg.

“I’ve had a lot of informal conversations with people who have been sitting on the sidelines or have supported other candidates who dropped out of the race. And many have the same feeling I have: he’s our best shot to beat Trump and is the responsible, experienced president we need.”

Gifford has given contributions to several candidates and helped Buttigieg raise money. As a gay man, he said he was initially conflicted.

“It took me so long to get off the fence because I have loyalty to Pete as the first viable LGBT presidential candidate and who has run the most inspired campaign,” he said. “Ultimately, for me, this feels like coming home.”