YWN regrets to inform you of the Petira of Rebbizten Rochel Leah Brudny A”H, the wife of Hagaon HaRav Shmuel Brudny ZATZAL, Rosh Yeshiva of the Mirrer Yeshiva. She was 94.

Rebbitzen Brudny was raised in Mir, Poland, where her father Harav Dovid Leshinsky learned. She emigrated to America via Japan at the beginning of WWII.

She was predeceased by her sister Rebbitzen Rivka Kreiser A”H, wife of Hagaon HaRav Aharon Kreiser ZATZAL, and her brother, HaRav Yaakov Lehsinsky ZATZAL of Yerushalayim.

The Levaya will be held at the Mirrer Yeshiva in Flatbush on Tuesday at 12:30PM. The Yeshiva is located at Avenue R and Ocean Parkway.

The Levaya will be held in Eretz Yisroel on Wednesday at 2:15PM from Shamgar, with the Kevurah on Har Hazeisim.

The Shiva will be in Flatbush at 3242 Bedford Avenue (at the Baum residence). Rebbitzen Ben-Menachem will be sitting Shiva there until Thursday morning; (she will be returning to Eretz Yisroel). HaRav Elya & HaRav Abba Brudny will be returning from Eretz Yisroel on Thursday morning. HaRav Yeruchim Leshinsky will be sitting Shiva there the entire time. 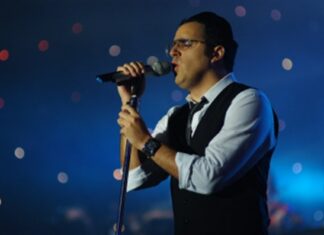 Have Yahrtzeit? Print This Free Gift!