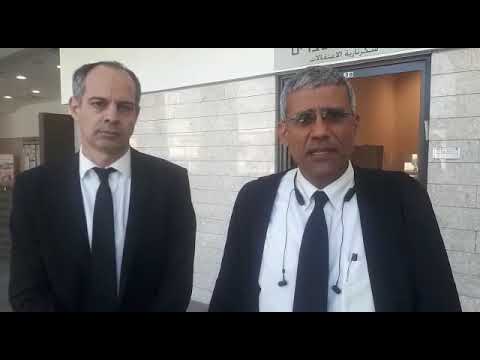 The boy accused of killing Palestinian Aisha Rabi last October by throwing a stone at her vehicle, will be released to house arrest. This was decided on Tuesday morning, May 14, 2019, by the District Court of Lod.

In the background of Judge Chaggai Tarsi’s decision, which constitutes a blow to the State Attorney’s Office, is a new opinion by the Institute for Forensic Medicine, according to which it cannot be determined that the Palestinian was killed by a single stone and that in medical literature, there is no case in which a similar injury was caused by a stone.

However, the judge ordered a delay in carrying out of his decision until Thursday in order to allow the State Attorney’s Office to appeal the decision. His release includes an electronic ankle bracelet during house arrest.

The suspect is a talmid in the Pri Haaretz Yeshiva in Rechalim in Shomron and stands accused of throwing rocks from a hilltop adjacent to Route 60, targeting a main vehicular thoroughfare between Rechalim and Tapuach Junction. The prosecution maintains the accused picked up a stone weighing almost 2kg and acting out of an ideology against Arabs, waited until he was able to identify a passing vehicle as being Arab and not Jewish and then throwing the stone.

PA (Palestinian Authority) resident Aisha Rabi, a mother of eight, was being driven by her husband in a vehicle passing by and the stone was dropped on the vehicle. Their nine-year-old daughter was in the vehicle too, seeing her mother being mortally wounded and dying a short time later. The driver continued to the nearby Tapuach Checkpoint and Rabi was transferred to a local PA medical facilty, where she was pronounced dead.

In the accompanying video, defense attorney Ariel Atias explains why his client was released by the court, based on the pathologist’s report.