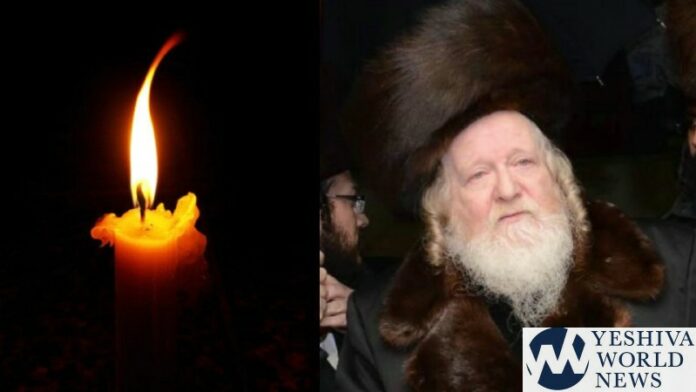 YWN regrets to inform you of the Petira of the Kretchnif Kiryat Gat Rebbe, HaRav Yisroel Nissan Rosenbaum ZATZAL. He was 70.

The Rebbe had been hospitalized since Simchas Torah for an infection and difficulty breathing. His condition deteriorated until his Petira late Tuesday night.

His father was Rav Dovid Moshe of Kretchnif ZATZAL, who was suddenly Niftar at the young age of 44, leaving an Almanah and 14 Yesomim. His mother was Rebbitzen Esther Rochel, a daughter of HaRav Chaim Mordechai of Nadvorna ZATZAL, known as the “Dvar Chaim”.

Among his 13 siblings are the Kretchnif Rebbe (Yerushalayim), his twin brother – the Kretchnif Rebbe of Rechovot, the Premishlan Rebbe, HaRav Yosef Shlomo of Monsey; Some of his sisters are married to the Sasover Rebbe, the Shednishov Rebbe, Faltishan Rebbe, and HaRav Dov Meisels and others.