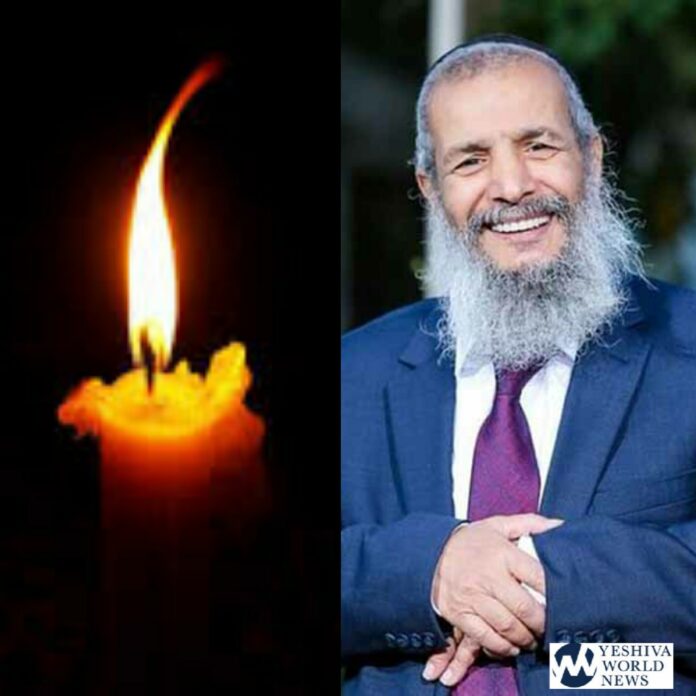 Mourning engulfed the city of Afula as news was heard of the death of Rav Uziel Yitzchaki, z’tl, a Teimani Rav in the city who served as a mohel and a shochet.

Rav Yitzchaki, 66, who served as one of the leading shochtim in Paraguay for the Israeli Rabbanut for many years, fell ill after being bitten by a mosquito in the South American country about two weeks ago.

According to his family, the mosquito carried a disease that caused the Rav to develop a lung infection which eventually killed him. He was hospitalized in Paraguay and his family flew there to sit by his bedside, communicating with the medical staff through an interpreter.

The Rav was flown to Israel in very serious condition and was hospitalized in the ICU of Beilinson Hospital in Petach Tikva. Unfortunately, he passed away on Sunday as he was undergoing emergency surgery.

Rav Yitzchaki served as the gabbai of the Beis Yisrael Etz Chaim shul in Afula and was known as a man of chessed, who was marbitz Torah and established many talmidim. He also was zocheh to be the mohel for thousands of children.

He was respected by everyone who knew him as someone who greeted everyone with sever panim yafos. Those who knew describe him as a noble man who lived all his life with such a strong sense of emunah and bitachon in Hakadosh Baruch that he radiated that sense to everyone who knew him, in some cases causing people to do teshuvah.

One of his talmidim told B’Chadrei Chareidim: “He was an adam gadol in chizuk and dikduk and halacha. Many praised him for establishing the minhagim of the Teimanim precisely according to Teimani mesorah.”

The levaya will be held in Afula on Tuesday at 4 p.m. since some of his family members who were with him at his bedside in Paraguay have not yet returned to Israel.