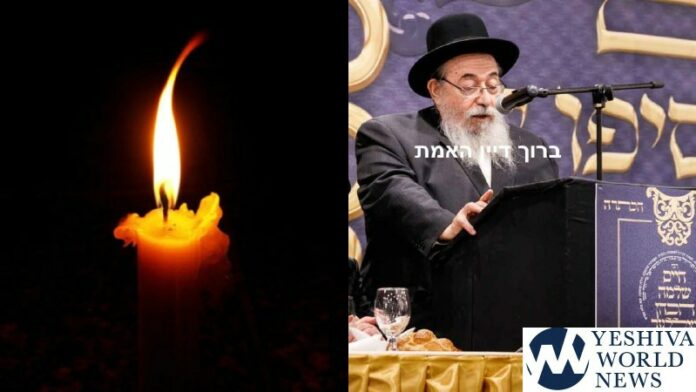 The Satmar community was in mourning on Friday, when word spread of the Petira of their beloved Rosh Hakuhal in Williamsburg.

Reb Meyer Rispler Z”L (70), served as the Rosh Hakuhal (President) of the Satmar Kehillah in Williamsburg (Chassidim of Rav Aharon Teitelbaum Shlita). He contracted COVID-19 in late September, and was hospitalized. He was then placed on a ventilator, and R”L never recovered.

The Niftar was a tremendous Baal Chesed and Baal Tzedakah, and was the CEO of a large accounting firm, Mayer Rispler & Co. His Chesed was far reaching, helping Tzedakos and Mosdos around the world that didn’t necessarily have any affiliation with Satmar.

Among his many philanthropic deeds, he donated the entire Satmar Bais Medrash at “Ichud” in Monticello, a facility which thousands of Yidden use each week to Daven and learn all summer long.

The Levaya was held on Friday morning in Williamsburg, and the Kevura will be in Kiryas Yoel. 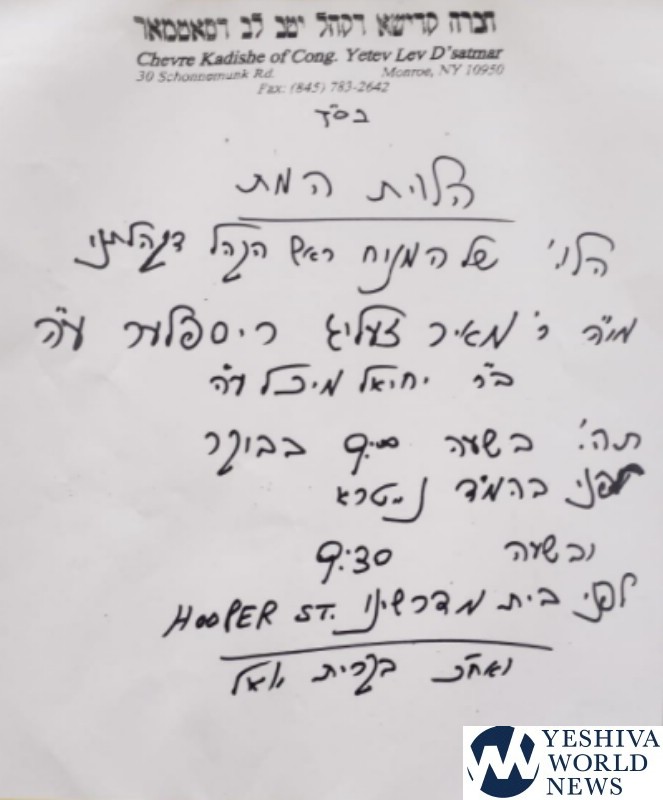 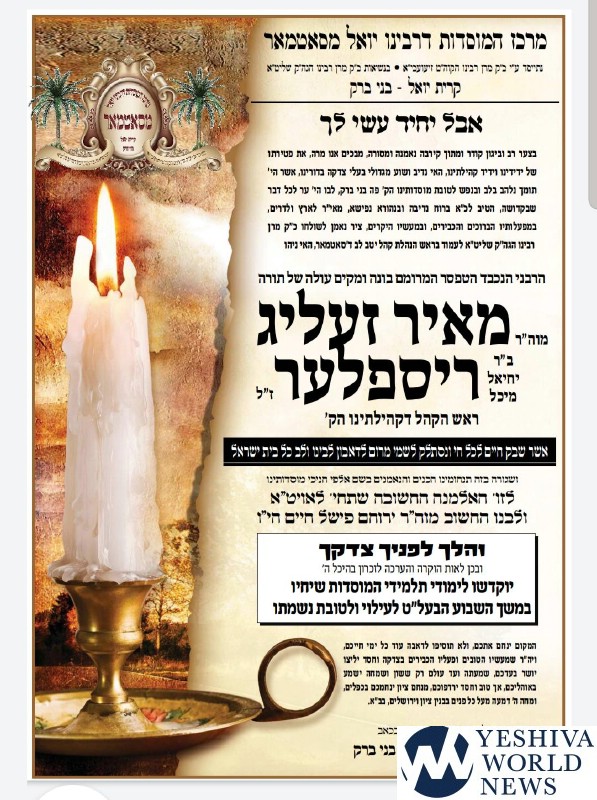 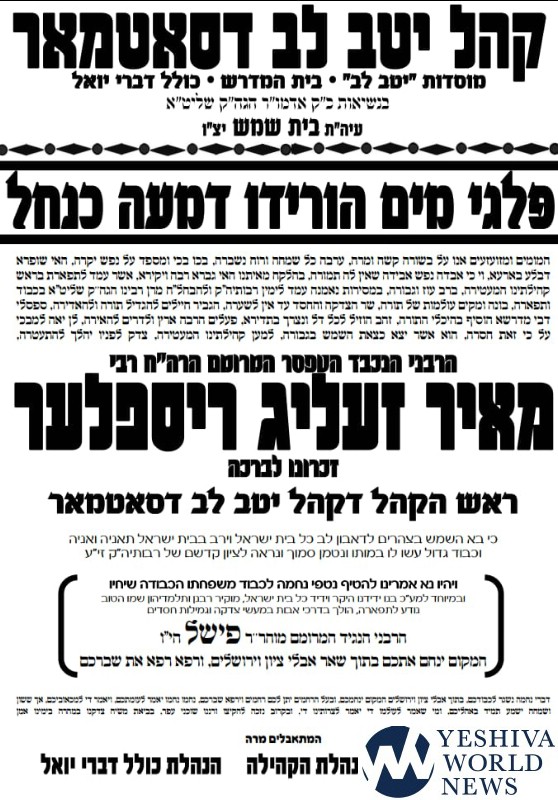 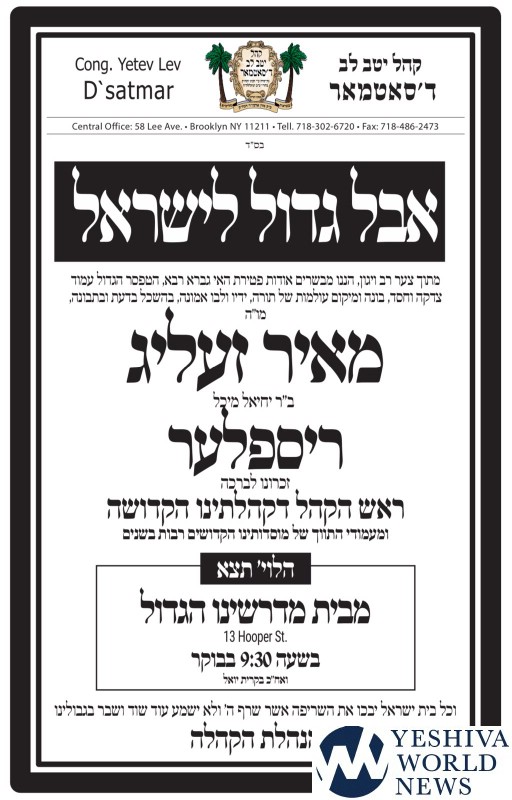 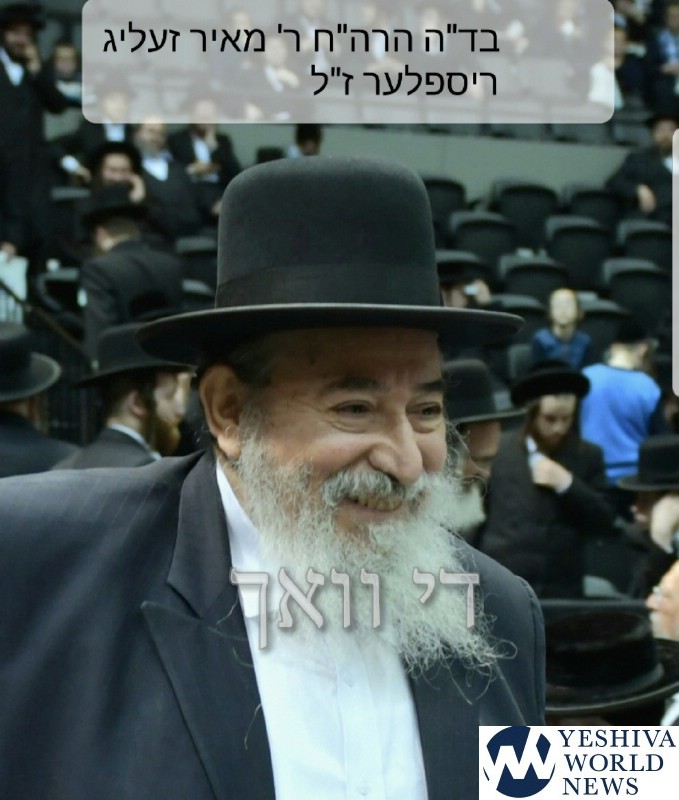