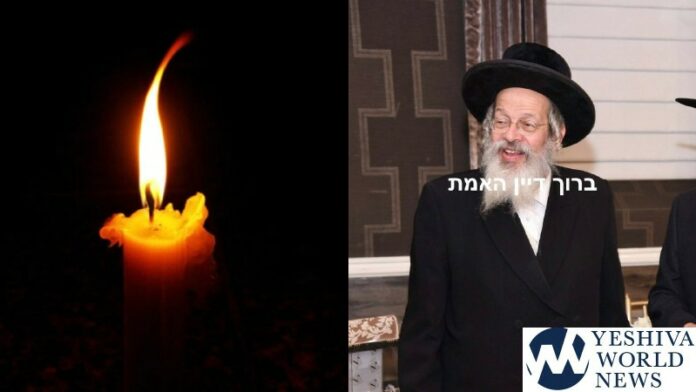 YWN regrets to inform you of the Petira of HaRav Shmuel Dovid Weissmandel ZT”L, who was Niftar while driving during the floods last night.

The Niftar was travelling on the NY State Thruway from Monsey to his home in Mount Kisco, when he encountered flood waters near the Tappan Zee Bridge.

Unable to drive any further, he contacted his family to try and rescue him. His son, Moshe Elya, posted on his WhatsApp status at around midnight looking for for anyone with an SUV in that area to help evacuate his father.

Unfortunately, he was Niftar before anyone was sable to rescue him.

It is unknown if he drowned in the waters, or he suffered a fatal heart attack in the vehicle.

The Niftar was 69 years old, and was the son of Hagaon HaRav Michoel Ber Weissmandle ZT”L.