A 3-year-old boy from Bnei Brak was R”L killed and his 2-year-old brother was seriously injured a short time ago in a vehicular accident as the family was returning from bein hazmanim vacation. The parents appear to be in moderate and light condition. The accident took place on Route 2 at the Sera Interchange.

A 3-year-old boy from Bnei Brak was killed in the accident and his 2-year-old brother was injured. Magen David Adom and Ichud Hatzalah operated at the scene. There is much confusion regarding the condition of the victims but a police spokesman confirms the fatality. It appears the arrival of a private ambulance on the scene is the source of the confusion as it transported the two injured children, not Magen David Adom. Four vehicles were involved in the accident that left five people injured. Two people are in serious condition and the others light and moderate. The 3-year-old died of his massive injuries shortly after the accident.

The accident occurred on the Coastal Road near the Sera Interchange in the southbound direction.

Ichud Hatzalah EMT Assaf Elimelech reports “When I got to the scene I saw a four vehicle accident involving a family returning from vacation. Passersby told me a private ambulance had already left the scene”.

A Magen David Adom spokesman reported “The call came in at 14:20 to the Yarkon District of an accident at the Sera Interchange. MDA EMTs and paramedics responded to the scene and transported three victims to Ichilov Hospital with one listed in moderate condition and two with light injuries. It appears two other victims, children around three-years-old, were taken by others to the hospital and they were in moderate and serious condition”.

A police spokesman added “Route 2 southbound is blocked between Sera Interchange and Glilot Interchange due to a serious four-vehicle collision. Two children in serious condition were transported from the scene along with three others in light condition. The hospital reports one of the children died of his injuries. Investigators are operating at the scene”.

Officials at Ichilov Hospital report a 3.5-year-old boy arrived in cardiac arrest. He was received in the hospital’s trauma unit but despite the efforts of doctors, he was pronounced dead. The others, a 1.5-year-old and his mother are in light-to-moderate condition. The father’s injuries are light. 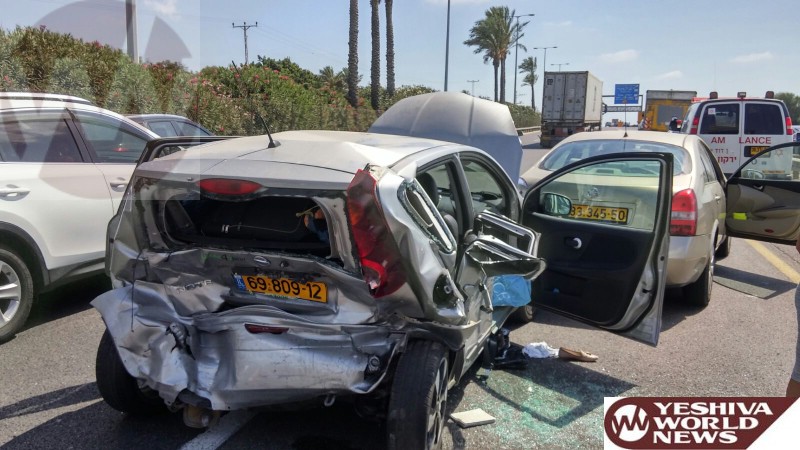 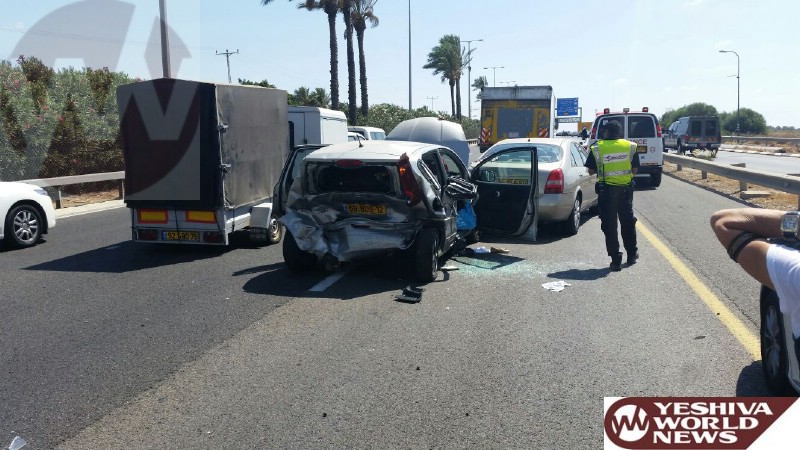 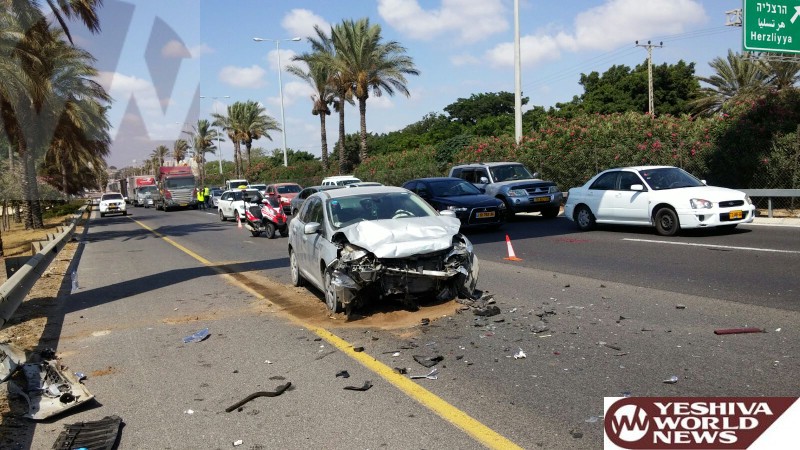