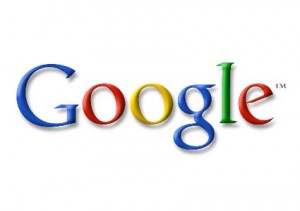 Google (GOOG) tumbled as much as 10 percent Thursday afternoon after the Internet giant surprised Wall Street by releasing hours ahead of schedule third-quarter results that badly missed estimates.

It’s not clear why Google’s results were posted in a regulatory filing early, but the weaker-than-expected top- and bottom-line figures threatened to leave the stock with its steepest one-day decline since the 2008 financial crisis.

Wall Street punished Google for the big misses, driving its shares down 8.19 percent to $694.53 in recent trading. If Google’s shares close down at their lows with a 10 percent decline it would be their largest one-day drop since September 2008.

Google’s shares were halted pending news at about 12:52 p.m. ET.

Google’s management team didn’t weigh in on the results listed in the Securities and Exchange Commission filing. In place of management commentary was a space that said: “PENDING LARRY QUOTE,” hinting at Google CEO Larry Page and offering evidence that the results were released to the SEC prematurely.

Google didn’t immediately respond to a request for comment on why its results were posted early.