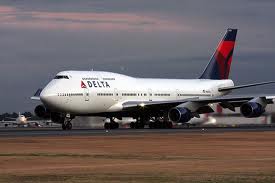 Delta Air Lines Inc. announced Wednesday that it will base miles earned in its loyalty program on how much passengers spend.

That means travelers who pay more for their ticket will earn more miles than a passenger in the next seat who bought a cheaper ticket. And passengers who hold elite status in Delta’s SkyMiles frequent-flier program will earn lots more miles.

The changes won’t take effect until 2015, but to see how different travelers will fare, The Associated Press ran sample comparisons on a few nonstop flights in mid-March using a calculator on Delta’s website. All prices and miles are based on round trips.

— New York-Atlanta. Right now that trip earns 1,522 miles. Next year, a basic SkyMiles member paying the $302 economy fare on Delta’s website for a typical flight would get 1,510 miles; he’d get 3,005 miles if he bought the $601 premium-cabin ticket; and if he were a “Platinum Medallion” member of SkyMiles, he’d get 5,409 miles.

— Los Angeles-Atlanta. Here’s where it gets interesting. Right now, everybody gets 3,892 miles. In 2015, the basic SkyMiles member flying on a $486 economy fare will drop 38 percent to 2,430 miles; the same person paying $1,726 for the premium cabin will get 8,630 miles; and a “Diamond Medallion” — the top rung — sitting in first class will score a whopping 18,986 miles. That’s nearly eight times as much as the vacationer in the back of the plane.

In each example, travelers can earn an extra two miles per $1 spent by using a Delta-branded credit card.