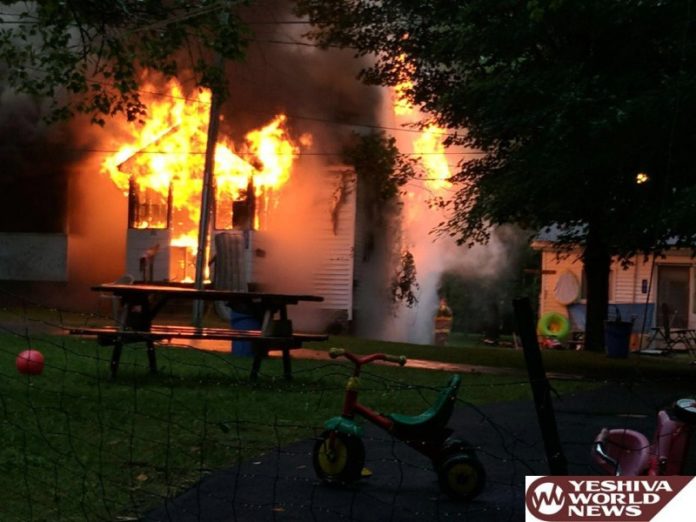 A fire ripped through two bungalows at the Barron’s Bungalow Colony on Route 42 in the Town of Fallsburg on Monday afternoon.

The South Fallsburg Fire Department requested a 2nd Alarm be transmitted after they arrived on scene and found the wooden structure fully engulfed in flames. Additional departments responded for mutual aid.

An eye-witness tells YWN that when the fire was brought under control, it became clear that two bungalows were destroyed in the blaze. One family had just arrived in the Catskills on Sunday, where they had planned on staying for the second half of the summer. Unfortunately, all their belongings appear to have been destroyed.

Catskills Hatzolah was on the scene, but Boruch Hashem there were no injuries reported. 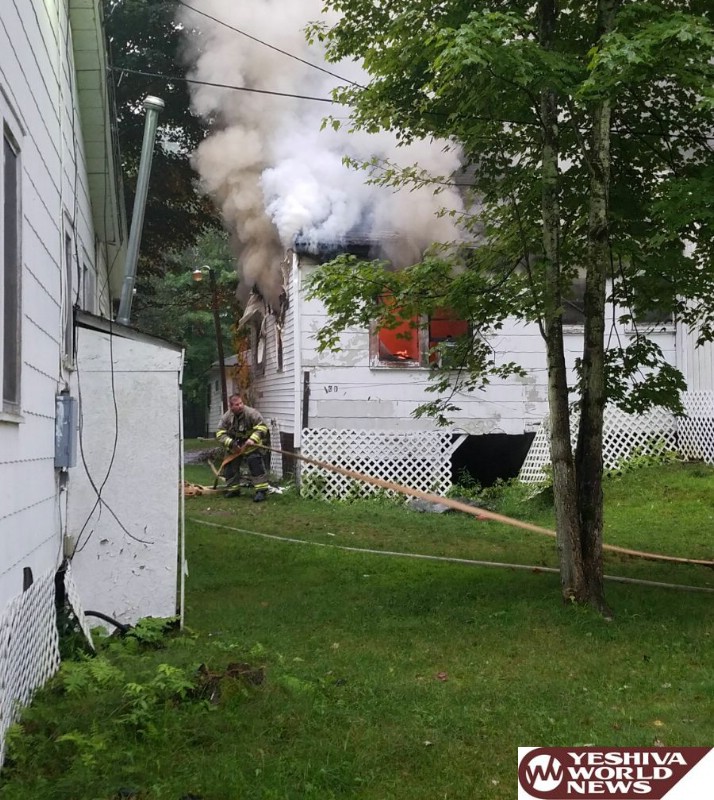 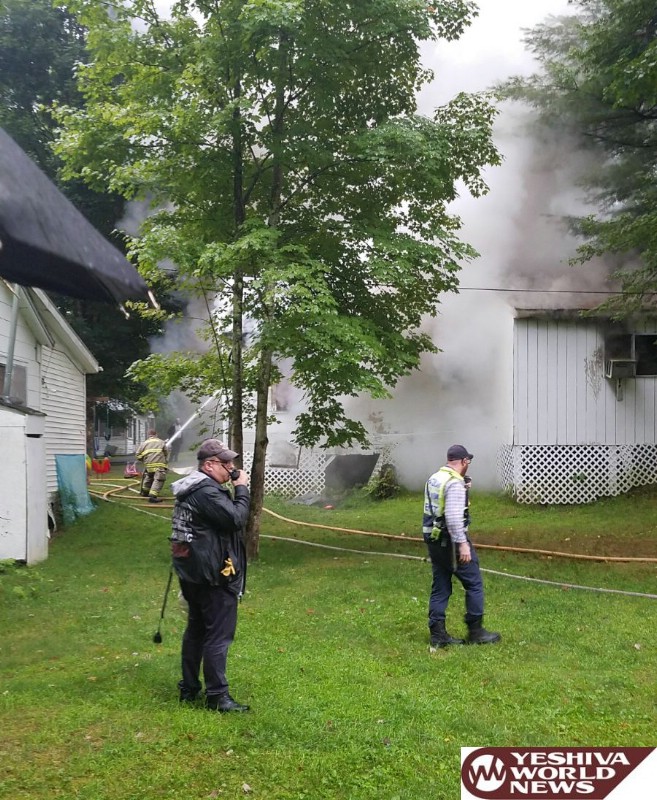 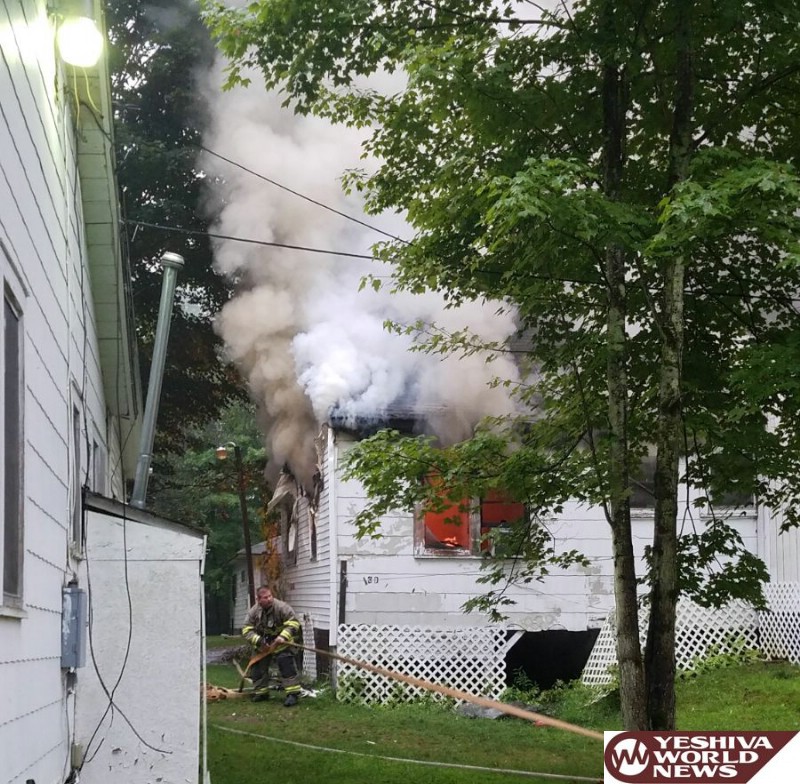 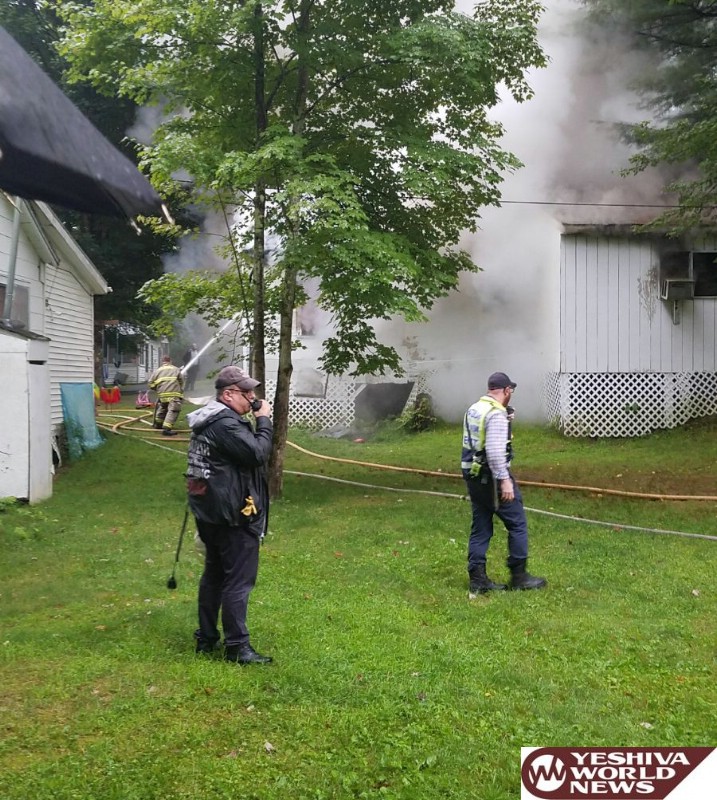 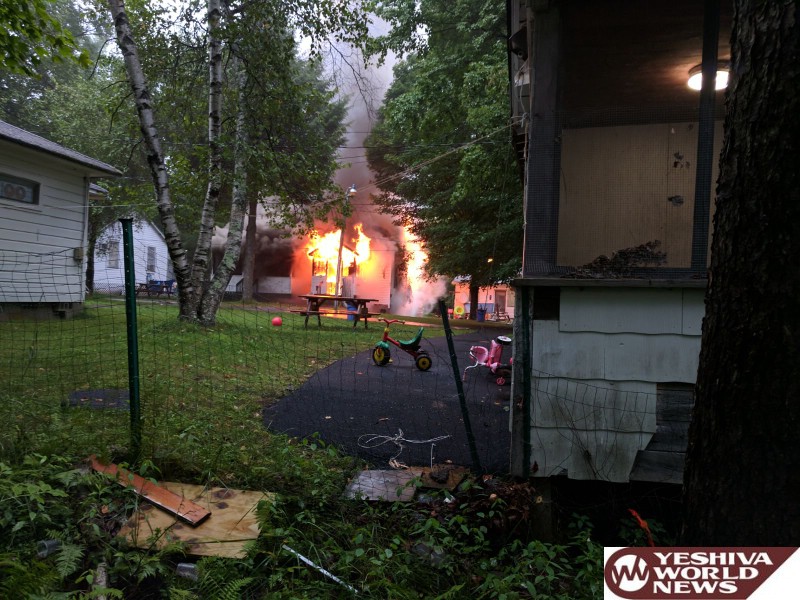 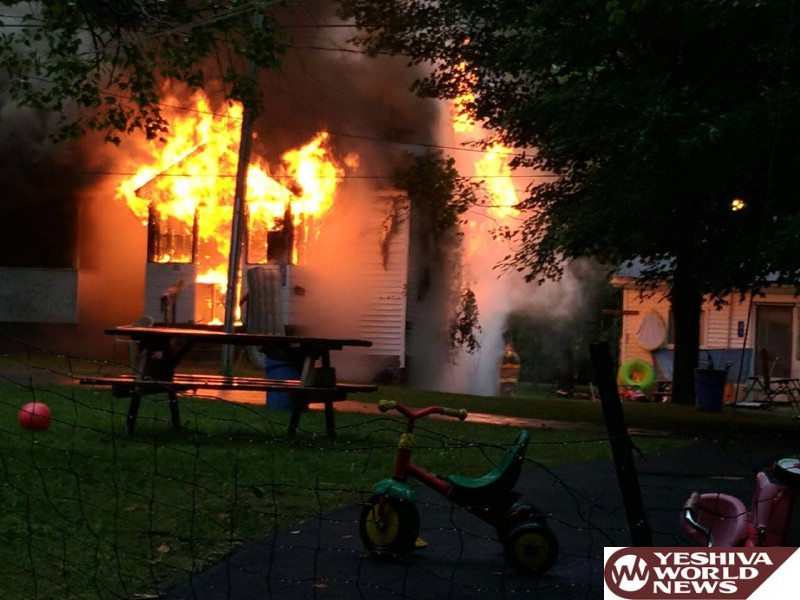