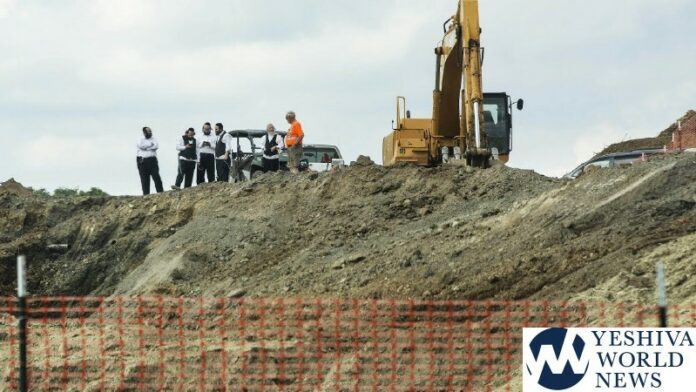 New York Attorney General Letitia James today announced that her office has reached agreements with Orange County and the Town of Chester to end their use of discriminatory housing practices that were designed to prevent members of the Jewish community from moving to Chester, New York. The agreements mandate that the county and the town comply with the Fair Housing Act and take preventative measures to ensure equitable housing practices moving forward.

“The discriminatory and illegal actions perpetrated by Orange County and the Town of Chester are blatantly antisemitic, and go against the diversity, inclusivity, and tolerance that New York prides itself on,” said Attorney General James. “Every New Yorker deserves equal opportunities in housing, regardless of gender, race, nationality, or their faith. Today and every day, I stand with all communities against hate and discrimination, which will not be tolerated in New York state.”

In May 2020, Attorney General James intervened in lawsuit filed by the developers of the “The Greens at Chester,” alleging that the town and county engaged in a concerted and systematic effort to prevent Hasidic Jewish families from moving to Chester by blocking the construction of a housing development. The original lawsuit, filed in July 2019, outlined countless discriminatory and unnecessary actions that Chester and Orange County took to stop the homes from being built in order to prevent Jewish families from purchasing and occupying them — gross violations of the Fair Housing Act. The Fair Housing Act dictates that it is unlawful for anyone to refuse to sell or rent a dwelling based on an individual’s religion, race, sex, national origin, or familial status, among other protected classes.

For years, the town of Chester and Orange County engaged in an effort to stop Jewish families from moving to Chester.

My office filed a lawsuit to stop this harmful conduct, and today, these discriminatory housing practices come to an end. https://t.co/UN5idhVcEa

In October 2017, the developers of The Greens purchased a 117-acre property in the Town of Chester in Orange County, New York, which had been fully approved for residential development under the ownership of the previous developer. Since the purchase of the property in 2017, officials from the town repeatedly sought to block development of the site and openly expressed discriminatory intent to block the development at public town meetings — explicitly referencing their desire to keep Hasidic families out of the community.

Additionally, the town placed multiple obstacles in the way of the developers in an attempt to thwart construction — all in violation of a settlement agreement, reached in 2010, regarding the zoning and construction of the land. They passed a law to restrict the size of the houses that could be built in an attempt to make them uninhabitable for families. The town also advanced proposals to levy extra taxes on the development; to limit the hours that construction could occur on the site; and to require the developer to provide the personal information of its managing partners to local officials.

The town also imposed costly and unnecessary requirements that the developer had to comply with before construction could commence, including mandating that a new sewer waste line be rerouted and requesting the main road be moved by 10 feet. After the developer complied with each of these unnecessary requests, the town still denied all building permit applications, even though the developer clearly satisfied the requirements necessary to be granted the permits. A separate agreement between the developers, Orange County, and the Town of Chester has resulted in the construction of The Greens moving forward.

The agreements announced today mandate that Orange County and the Town of Chester must enact numerous policies to uphold fair housing regulations, including:

Full compliance of the Fair Housing Act;
Adopting outreach measures that disseminate information about fair housing to communities;
Administering fair housing trainings to county and town employees working in housing or planning;
Appointing a fair housing compliance officer; and
Documenting and reporting of all housing discrimination complaints to the Office of the Attorney General.
“There is no place for discrimination — regardless of race, religion, national origin, sex, or otherwise — in our communities,” said State Senator James Skoufis. “I thank Attorney General James for prioritizing our fair housing laws and for her work to make New York a more just home for us all. This enforcement of a previous federal settlement brings the development’s saga to a close and, fortunately, Chester’s taxpayers avoided incurring any financial damages throughout the process.”

“We welcome the attorney general’s settlement in this case, which we hope will finally put an end to the longstanding, antisemitic discrimination on full display in Orange County and in the Town of Chester,” said Scott Richman, regional director for New York and New Jersey, Anti-Defamation League (ADL). “The conduct at issue in this case — intentionally and systematically blocking the construction of a housing development in order to keep Hasidic families out of the community — is not only unlawful, but it is deeply hateful, and has caused significant pain for Jewish communities across the state. We are so grateful for Attorney General James’ leadership in this case, and for her continued partnership in building a welcoming and inclusive New York, where no group or individual experiences hate or discrimination based on who they are.”

“UJA-Federation of New York is grateful to Attorney General James for her commitment to upholding fair housing laws and ensuring all New Yorkers are protected against discriminatory housing practices,” said Eric S. Goldstein, CEO, UJA-Federation of New York. “Attorney General James is sending a strong message that anti-Jewish sentiment will not be tolerated in New York, and we are fortunate that she is a relentless advocate for our community.”

“We have said repeatedly that Jews should not bear the burden of combating antisemitism in all its many forms, including those masquerading as land use regulation,” said David Harris, CEO, American Jewish Committee. “The successful conclusion of this lawsuit, brought by Attorney General James, is a laudable example of what should be the norm for public officials everywhere.”

“A recipient in 2019 of JCRC-NY’s Public Service Award for her passionate commitment to combating hate crimes and antisemitism, Attorney General James has once again demonstrated her unmitigated resolve to battle against discriminatory practices in the state of New York that are prejudiced against the Jewish community and people of all faiths,” said Michael S. Miller, CEO, Jewish Community Relations Council of New York (JCRC-NY). “We commend the attorney general for the actions she took to end the abhorrent antisemitic housing practices in Chester.”

“Not everybody understands the gravity and pervasiveness of bias against Hasidic Jews,” said Rabbi David Zwiebel, executive vice president, Agudath Israel of America. “Not everybody appreciates that the growth of the Hasidic community is cause for celebration, not discrimination. Not everybody realizes that the law can be a powerful tool in ensuring fair housing opportunities for Hasidic families. With this lawsuit and settlement, Attorney General Tish James has proven — once again — that she gets it.”