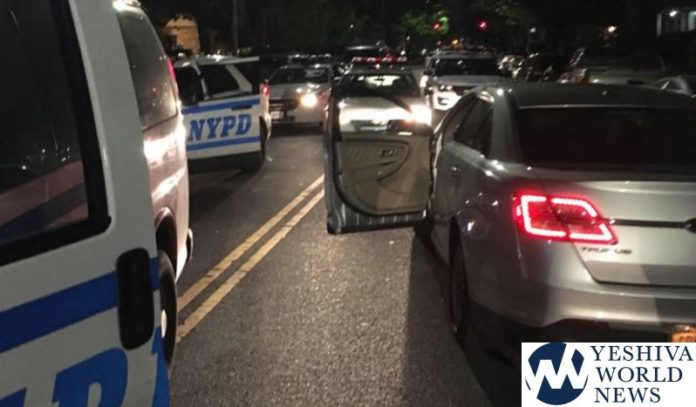 A mentally disturbed man threatening people with a knife was arrested before he was able to hurt anyone.

An eyewitness tells YWN that at around 10:00PM on Motzei Shabbos, a man armed with a knife was threatening people outside Benjy’s Kosher Pizza at 73 Avenue and Main Street in the Kew Gardens Hills sections of Queens.

The NYPD was called and the man was apprehended at 72nd Drive and 141st Street. After a two minute standoff with police who had their guns drawn, the man put down his knife and was taken into custody.

A police source told YWN that it appeared the man was mentally disturbed.