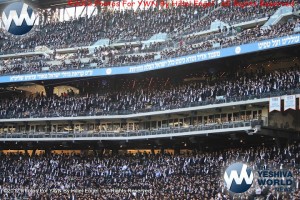 The twelfth Siyum HaShas earlier this month marked the second time in less than 11 weeks that tens of thousands of Jews took to a major American stadium to make a statement about what’s important to them. Though the Siyum was significant in its own right and celebrated an achievement whose significance virtually all Jews recognize, the other gathering, the Asifah of the Ichud Hakehillos Letohar Hamachane, held on May 20, engaged a smaller segment of the American Jewish community on a more nuanced topic. But it was arguably just as important.

That 40,000-plus Jewish men galvanized to attend an event aimed at acknowledging challenges to avodas Hashem is itself an important achievement. That huge groups representing so many — albeit, unfortunately, not all — Torah communities came together speaks to a fantastic level of commitment to heeding their sages’ call. Indeed, can anyone identify any other segments of modern Jewry willing and able to coalesce in such numbers at the simple beckoning of their leadership?

But nearly 100 days later, reflection is very much in order.

Unlike the Siyum HaShas, where a progression from the celebration is defined and clear — open up a Gemara Brachos and dive in, moving forward one daf at a time — there is no natural “next step” following the Asifah. While there have since been a flurry of follow-up events and seminars and beautiful stories about people working to overcome the challenges technology can pose to advancing spiritually, the legacy of the Asifah has yet to take shape. And without serious action by serious people, it may never do so.

Without an extensive follow-up effort, the Asifah seems on course to become just another file in the voluminous archive of powerfully expressed Jewish hopes never materialized. What’s needed, then, is a positive campaign to build on the energy of the Asifah by offering practical solutions to the challenges discussed there.

One particularly excellent idea was expressed months before the Asifah was even being widely publicized. At the Agudath Israel convention in November, Rav Avrohom Schorr made an impassioned speech in which he proposed a move that has since received little publicity or support.

“If we need Internet for whatever reason,” he said, “why can’t we have in our neighborhoods a center open 24 hours, six days a week, with as many computers as needed, the best technology needed, with shemirah, and everybody should be able to use it who needs it? And then there won’t be any terutz to have it at home.”

Rav Schorr’s suggestion was one of the few that has been made, before or since, with an eye toward establishing healthy, viable alternatives to the status quo. Community Internet centers could be very effective in helping inoculate sincere people against insincere online use and meaningfully speak to the stark reality that even very pious people have come to rely on it for regular communication, everyday transactions, and basic reference. (The thousands of smartphones in the hands of Asifah attendees alone certainly helps attest to this.)

Establishing locations in relevant neighborhoods would certainly require substantial funding. But the same types of people who paid for the merit of renting two stadiums in one of the largest and most expensive metropolitan areas in the world for the Asifah should be recruited to help that exact same cause in an even more enduring fashion.

It would seem plausible that Internet centers could include orientation classes to the useful parts of the Internet, as well as designated stations for accessing Torah content and listening to shiurim. Locations might even be outfitted with community bulletin boards including contact data for important and often underpublicized social services.

Once safe and conveniently established areas for online access are widely available, even more serious follow-up efforts could develop. Encouraging Internet-free homes and promoting responsible use of online tools in general would be measures more easily promoted. Such calls, backed by the widespread availability of access to the functional necessities of the online world, could thereby harness the inspiration many felt at the Asifah to realistic modes of daily living.

To be sure, building a network of safe and efficient online centers will take a lot of time, money and energy. It will require tenacious leadership by askanim with solid technical know-how. Those who assume responsibility at large, perhaps including individuals from national groups such as the Ichud and Agudath Israel, will need to collaborate with local organizations and rabbanim, as the methods of successfully creating such spaces will likely vary from community to community.

Such an undertaking holds much promise for reshaping behavioral norms but, as with any such goal, will require extraordinary persistence. The sooner askanim step forward to begin forming an environment in which it is not only possible but comfortable for people to reconsider their attitudes about Internet access and usage, the more likely the Asifah of the Ichud Hakehillos will be remembered not only as a grand kiddush Hashem under a clear evening sky, but a beachhead initiative for more kedushah in our daily living, spreading an air of taharah to the machaneh all over.

Binyamin Ehrenkranz is a freelance writer based in New York. He may be reached at [email protected] This article was originally published in the August 22, 2012 edition of Hamodia newspaper.