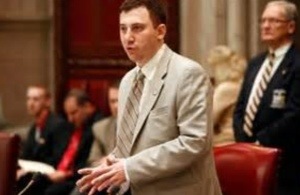 The following is an Op-Ed by former State Senator David Storobin in response to today’s incident, in which NYC’s first responders failed to show up to an emergency call while the Orthodox-run EMT volunteer Hatzolah service heroically responded within minutes.

“We, immigrants from the former Soviet Union, come from the future,” I told Dean Skelos, the Majority Leader of the New York State Senate the first time we had a private meeting. “We’ve been at the end of the road where the government keeps expanding to try to do good, only to collapse.”

America, of course, isn’t the Soviet Union. There are no hour-long lines here, except in every government agency from the DMV to all courts. There is no mass inefficiency in the United States, except when it took the City over half a year to remove sand after Hurricane Sandy next to my mom’s job, while the private businesses managed to re-build and re-open within weeks. And obviously there’s no corruption in this country, except when a company gets a ridiculous $30 million in FEMA money to build four bathrooms on Brighton Beach, while regular people and small businesses can’t get a cent.

The main difference between the two countries is the existence of free enterprise in one, and the lack of it in the other. The government is similarly inefficient, no matter what country you travel to because there is no incentive for people to produce and deliver efficiently, and there’s every incentive to maneuver taxpayers’ money to your friends’ bank accounts.

Today’s incident illustrated just how inefficient the government is, even when it comes to the most powerful politicians. At one of Christine Quinn’s campaign stops, an intern collapsed. A 911 call was made, but no responder arrived for 30 minutes. No help arrived even when Council Speaker Christine Quinn called NYPD commissioner Ray Kelly. Anyone whose eyes aren’t completely shut by ideology can see what an omen this is for government-run health care.

A private, volunteer Hatzolah service was finally called in. Despite a common misconception, Hatzolah does not check for proof of Judaism, and helps everyone who needs help. Four minutes later they were at the scene.

Of course, we need a government-sponsored ambulance service. But this was yet another case when a private agency proved its efficiency in the face of the government’s utter incompetence. This is why we need such private organizations. But it’s also why we need the private option in every sphere.

In the Senate, I sponsored and co-sponsored more bills dealing with education than anything else because I regard it as the most important issue, so let me draw a link to that first. The only reason I was able to leave poverty is education, but that I wound up in a good school was just luck. Just as health care shouldn’t be a matter of luck, neither should education. Just because school vouchers would reduce the power of the UFT union, does not mean that poor children should be forced into horrible, often dangerous schools.

Similarly, we need to stop torpedoing small businesses with ridiculous bureaucracy and fines that are meant to raise the City’s budget rather than prevent real violations. No, destroying business while growing the government will not make things better.

I’ve seen what the future will look like if the government expands, while free enterprise is regulated and fined until it’s destroyed. That future is bleak. But there’s another way – the American Way, the way of the Founding Fathers.