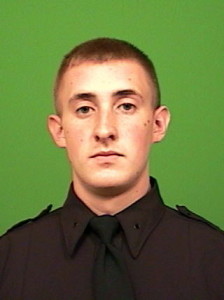 Lost in the tumultuous and disturbing events of Ferguson, Staten Island and Baltimore are the thousands of daily interactions between police and local citizens that peacefully transpire with uneventful, un-newsworthy outcomes. For most communities across the country, it is the professionalism and unreported heroism of law enforcement officers that play a meaningful role in the quality of life for average Americans.

With the ambush and death of officer Brian Moore today, we in New York City have been dealt another very serious blow. Moore is the third NYPD officer gunned down in the line of duty, just in the past 5 months.

When police officers are murdered in the line of duty, it is a national and societal tragedy with enormous repercussions. 25 year old Moore was out doing his job, protecting the citizens of our beloved city when he was shot while still sitting in his unmarked police vehicle. His murder is unbearable for a city still feeling the excruciating loss of NYPD officers Wenjian Liu and Rafael Ramos this past December.

And like in December, there will be no protests in NYC. There will be no riots, looting or fires and no, there will not be mayhem from many struggling to make sense of this heinous crime on humanity. But make no mistake, there is a collective shock, grief and silent outrage from regular citizens. What is also shocking is the unbearable realization that it has become acceptable, again, to malign and physically attack members of law enforcement. NYC has been here before. We simply can’t go back to the bad old days. Society must emphatically declare that such a development is intolerable and our elected officials must know how we ,the people, feel. It also must be known that those who incite hatred of, and violence against cops will be held accountable both in the court of law and in the court of public opinion.

‎I believe the silent majority of law abiding citizens of our city and our country genuinely appreciate the heroic job done by the men and women in uniform every day. We must become more vocal. Jewish communities in particular, no stranger to threats and violence aimed at our people and institutions are particularly grateful to law enforcement agencies for protecting us. We understand well, the frightening threats we face and it is a source of security and comfort knowing that our police professionals are out on the front lines. For that protection, dedication and so much more, we take the murder of any police officer personally.

Religious and communal leaders must urge Americans of all faiths and ethnicities to support and respect their police department’s as they go about keeping our streets and neighborhoods safe. Critics will argue that bad cops exist and some do not deserve to wear a badge. What we don’t hear enough from them though, is that most officers act with professionalism and valor and that bad cops are the exception not the rule.

Here at home it was the men and women of the NYPD who brought NYC back from the crack dens and crime ridden streets of years ago and New Yorkers can ill afford to take any chances with the historic progress they have made on our behalf. If nothing else we owe the memories of slain NYPD officers Ramos, Liu and now sadly Moore, to protect future cops and our city from such an awful fate.