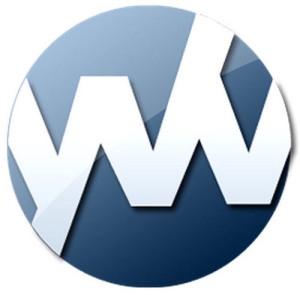 Some people have questioned Yeshiva World News’ decision to post the horrifying events of the Malchei Yisroel Steet attack in Geulah. YWN is aware that the video was graphic, which is why YWN consults its Rabbinic advisor whenever questions come up. The postings fit into one of three categories: 1] Do not post at all 2] Post with a warning of Viewer Discretion 3] Post with no caveat of Viewer Discretion.

In this situation, we were instructed to pursue the Geulah attack as a category 2. The rationale for the decision is two-fold:

1. Firstly, our ability to empathize and to be noseh b’ol chaveiro with our brethren in Eretz Yisroel is determined by actual seeing. There is a world of a difference between merely hearing about tragedies, and actually seeing what Klal Yisroel is going through. The Maharsha explains that Moshe Rabbeinu did not throw down and break the luchos until he actually had witnessed the hashchasa of Klal Yisroel in the Chait HaAigel. This is true even though Moshe had heard about what they had done from Hashem Himself.

Our Posaik believes that we should be empathizing with our brothers and sisters in Eretz Yisroel much more than we are doing now.

There is a halacha that one should not engage in P’ru uR’vu when there is a famine elsewhere. In Megilas Rus, Elimelech and his sons, Gedolei Olam, were punished because they did not empathize with their brethren in Eretz Yisroel. The Seforno explains that even Yitzchok Avinu needed to place Rivkah Imeinu in a position next to him, in order to empathize with her more so that he could more effectively daven for her to have children.

In a world steeped in gashmius and mosros – we could use a nudge to ensure that we are davening day and night for the victims of these horrific attacks as well as the safety of Klal Yisroel.

2. Secondly, the Jewish media is now the default go-to source of the secular media in matters that pertain to Eretz Yisroel. When the secular media and the secular government pick up on the material that the Jewish media posts, it has far-reaching ramifications. The government of Eretz Yisroel now needs more political support then ever in order to accomplish true protection. Askanim have told us of how invaluable this information actually is to their work.

The truth is that whenever decisions are made, some people are positively affected and some negatively. It would be incorrect for a parent to show the video to a very sensitive child. On the other hand, we should see it, and we should cry and daven. Moshe Rabbeinu himself had done this Mitzvah when he went among his brethren as the Pasuk tells us, “Vayar b’sivlosam.”

It should be noted, that the same decision was made when publishing the images of the horrific attack in Har Nof.