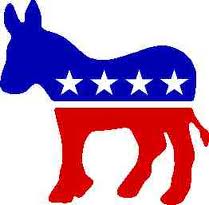 Democrats are considering canceling their political convention’s kick-off event at the Charlotte Motor Speedway, as party planners grapple with a roughly $27 million fundraising deficit, according to two people familiar with matter.

Convention and campaign officials will make a final decision later this week after Steve Kerrigan, the chief executive officer of the Charlotte, North Carolina convention committee, discusses the matter with President Barack Obama’s re-election campaign, based in Chicago, said the two people, who requested anonymity to discuss internal party politics.

Mayor Anthony Foxx and Duke Energy Corp. (DUK) CEO Jim Rogers are co-chairmen of the Committee for Charlotte 2012, which said that it was committed to the event.

“The Host Committee is not canceling CarolinaFest,” said Suzi Emmerling, a spokeswoman for the host committee.

Kristie Greco, a spokeswoman for the Democratic National Convention Committee, which plans the convention while leaving the fundraising to the host committee, declined to comment on whether the DNCC was still dedicated to the NASCAR-themed day.

In January, Kerrigan said that Democrats were shortening their convention from four days to three, “to make room for a day to organize and celebrate the Carolinas, Virginia and the South and kick off the convention at Charlotte Motor Speedway on Labor Day,” Sept. 3.